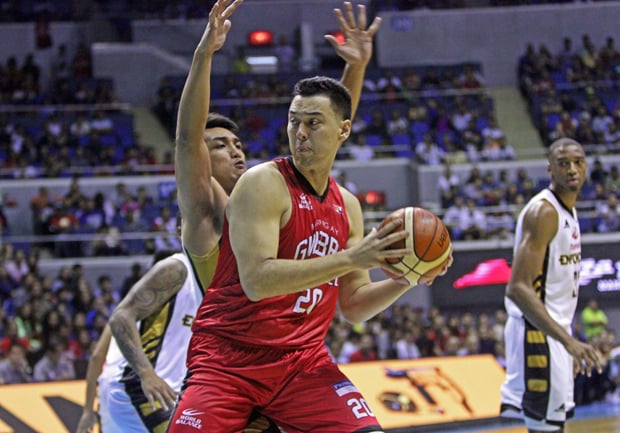 Barangay Ginebra is bracing for the worst as Gin Kings head coach Tim Cone fears that Greg Slaughter may have just tore his ACL after sustaining an injury in the fourth quarter of the team’s 93-86 win over Mahindra on Friday.

“We have not received an official word from Dr. (Raul) Canlas, but initial findings from the MRI point to an ACL tear. Once we get an official diagnosis, we will sit down with Greg and the doctors and determine the proper course of action and whether surgery will be needed.”

The 7-foot center had an MRI immediately after the Gin Kings’ game on Friday as he was rushed to St. Luke’s Medical Center in Quezon City.

Slaugher is coming from an ankle injury which forced him out of Gilas Pilipinas duties in the offseason and was making his return to the hardcourt in the game against the Enforcer.

The 28-year-old’s injury is a big blow for Ginebra, which is currently one of the favorites in the 2016 PBA Governors’ Cup.

Sporting a 7-2 card, the Gin Kings have already secured a twice-to-beat edge in the quarterfinals and will wrap their eliminations schedule against Phoenix and league-leading TNT.