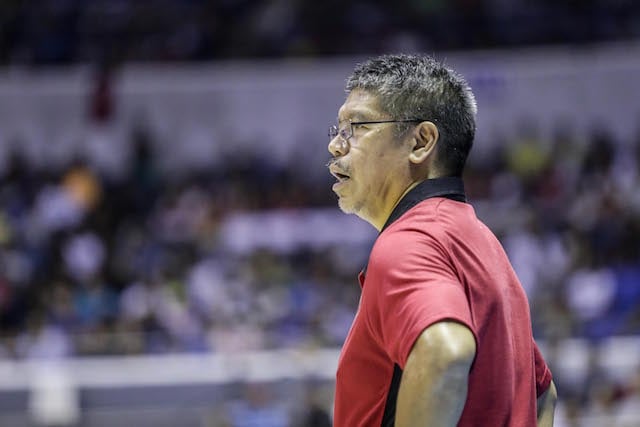 San Miguel coach Leo Austria admitted it was a miscue on his part that he failed to make the most of his bench.

Fielding only eight players on Monday, a fatigued Beermen crew was dragged to a 115-108 defeat at the hands of Ginebra in Game 1 of their best-of-5 semifinals series in the 2016 PBA Governors’ Cup.

“We have to include some players in the rotation because tonight we were able to use only eight players. I didn’t notice it because sa game, makikita mo na ayaw kong bumitaw sa rotation ko dahil nagma-match up kami. Maybe next game, it will be a different situation for us,” he said.

The Ginebra bench outscored its San Miguel counterpart, 39-5, which was also coupled with only a handful of Beermen frontcourt players alternating in trying to stop Gin Kings reinforcement Justin Brownlee.

“Most of the time ang bumabantay sa kanya si Arwind (Santos), pero makikita mo si Arwind pagod na pagod. Sometimes, nasa-stop niya, but we have to do something about him kasi it seems na sya ang nag-take over eh,” Austria said.

The multi-titled mentor said that extending their rotation will be something the coaches will look at as the Beermen prepare for Game 2 on Wednesday.

“We have to get some players to be included sa rotation namin. Kanina, eight players lang yung naglaro and three players played 40-plus minutes. But in that kind of game, I cannot afford to rest somebody because gusto kong tutukan talaga yun eh, but it didn’t work in our way,” said Austria, as he ended the interview taking responsibility for the loss.

“This is my decision. Ako ang nagkamali and it’s my fault.”

Locsin blames US for loss of Panatag shoal to China