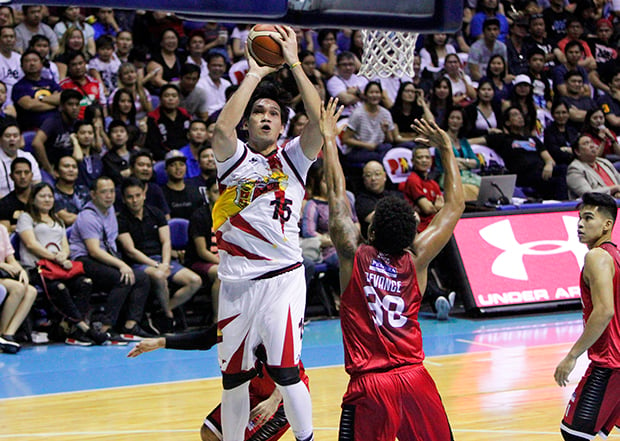 The Beermen tore the Gin Kings to shreds right in the first half in a relentless, murderous game that forged a deciding Game Five in their keenly followed Final Four face-off.

Most of the 22,196 fans at the Big Dome in Game Four left heartbroken as the Kings bungled their first of two cracks at the best-of-seven finale.

San Miguel and Ginebra square off for one last time, engaging in a make-or-break setto Tuesday in the same venue.

Marcio Lassiter scored 20 of his 25 points in the first half with June Mar Fajardo, Arwind Santos and Elijah Millsap having their key exploits as San Miguel stormed to early 26-point leads without looking back to the very end.

The Beermen sat on a 55-29 halftime cushion and was ruthless all the way through.

From the 22-25 count, the Kings went scoreless in the next eight minutes and fell behind by 26 before finally breaking their long silence on a trey by LA Tenorio with 4:01 left in the second period.

Ginebra went 0-of-15 from the field and committed two turnovers in their slump.

On the other end, Lassiter fired away 4-of-5 three-pointers to highlight their decisive breakaway. An exciting play by Fajardo was a ball fake to start a driving slam.

The Beermen ripped apart the Kings right in the first half with their 36-18 domination of the boards and a 46-percent shooting as against Ginebra’s miserable 27-percent clip.

Woeful was the Kings’ 2-of-21 shooting in their miserable seven-point output in the second quarter.