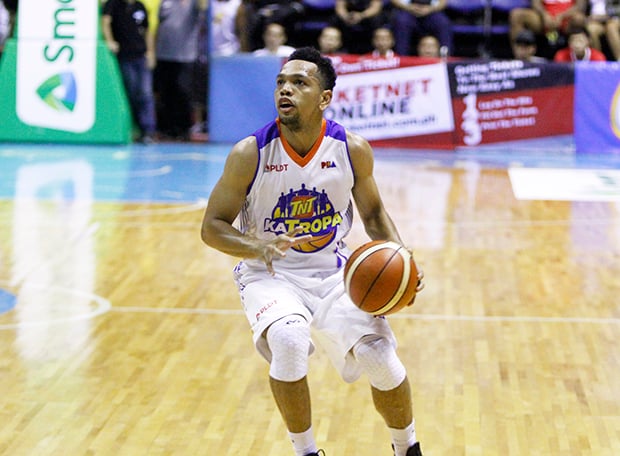 TNT guard Jayson Castro was named Best Player of the Conference in the 2016 PBA Governors’ Cup on Sunday before Game 2 of the Finals between Barangay Ginebra and Meralco tipped off at Smart Araneta Coliseum.

Castro took home his fourth BPC award. He led all locals with an average Statistical Points of 38.3, edging San Miguel Beer center June Mar Fajardo, who was in close second with 37.8 SPs.

The 30-year-old Castro led the KaTropa to the top spot with a 10-1 record in the elimination round before losing in a best-of-five semifinals series to the Meralco Bolts.

Durham was an unstoppable force in his second tour of duty in the PBA. He averaged 29.4 points, 15.2 rebounds, 4.9 assists, 1.1 steals and 1.4 blocks per game at the end of the semifinal round.

The 28-year-old Durham became the second straight import from Meralco to win the plum after Arinze Onuaku last conference.

In Game 1 of the Finals on Friday, Durham spearheaded Meralco’s comeback win in overtime with 46 points, 13 rebounds, seven assists, two blocks. He beat Barangay Ginebra’s Justin Brownlee for the award.