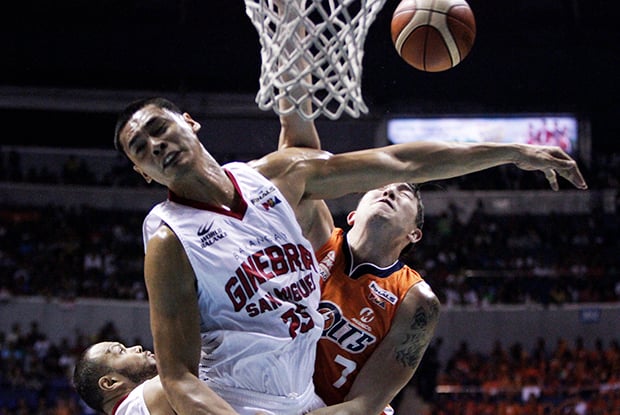 Amid the expected surge of tropical storm Karen, the Kings and the Bolts both try to wage their own storms inside the Big Dome as they dispute the pivotal 3-2 lead in the PBA Governors Cup Finals.

As in their first four encounters, no one isn’t likely to budge an inch in Game 5 of what has been a tick-tack series between the two teams.

They’re squared up with two games each, splitting the first four matches with neither side winning by more than five points.

Curiously, Meralco took a five-point triumph, 114-109, in overtime in the series opener.

“We go from here,” insisted Cone, relieved more than jubilant after they barely escaped with the win in Game Four Friday.

With the uncertainty of playing of Game Four Sunday, Meralco coach Norman Black said they would just be ready and focused.

“I’m not sure what will happen with the weather but we will just stay focused on what we need to do to win Game Five,” said Meralco coach Norman Black.

“The series has been very competitive so we expect another tough game with Ginebra. Being that it’s a best-of-three, I’m sure adjustments at this point will be limited, and it’s now all about winning,” Black also said.

“We are keeping track of Tropical Storm Karen. Sunday’s game can and will be cancelled in the event the storm intensifies,” the PBA Commissioner’s Office announced in a statement. “Please monitor our website and social media sites for news and updates.”

Emotions are high – even among the fans – after four well-fought matches. Game Five postponement could be a welcome breather especially with both sides now nursing injuries.

Japeth Aguilar was hit by an ankle sprain late in Game Four while Jimmy Alapag complained of a tightness of a leg even before the game.

Game Four turned out as a classic duel of giant runs taken over by the “Fast and Furious” early in the fourth quarter before it boiled down to the last play at the finish.

As Chris Newsome missed a tough jumper off Justin Brownlee at the buzzer, Ginebra escaped with the nerve-wracking win, preserving the heroics of old stars Jayjay Helterbrand and Mark Caguioa and forging the crucial 2-2 deadlock.

Now engaged in a race-to-two-games battle, the Gin Kings and the Bolts are only expected to figure in a confrontation fiercer and more furious than any of the four previous games.