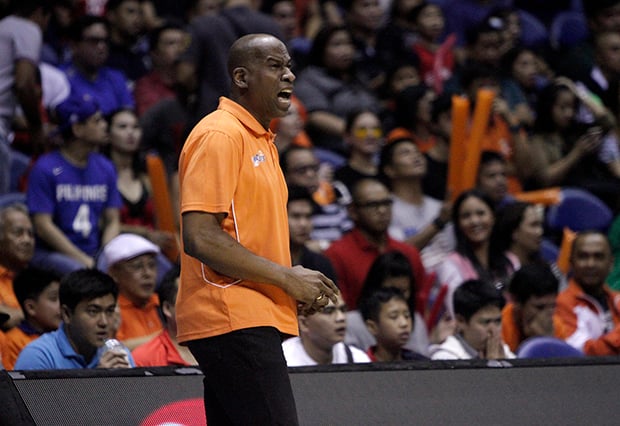 For Meralco head coach Norman Black, the Bolts were not able to put themselves in a position to win Sunday night.

“It’s not just about the bad start, I thought we played bad the whole game from start to finish,” he said after the Bolts’ 92-81 defeat to Barangay Ginebra in Game 5 of the 2016 PBA Governors’ Cup Finals.

Falling behind early, 33-19, and even saw the deficit extend to as high as 21 points, 48-27, Meralco had to play catchup. The Bolts found their way back, pulling within five, 82-77, before seeing that late run come up short in the clutch.

The Gin Kings came out of the gates firing and for Black, that’s where the Bolts’ downfall began.

“I thought they came out very aggressive in the first quarter and that set the tone for the game. They basically told us tonight that the locals can beat them and they’ll lose, but they cannot let Allen Durham beat them, so there’s where the challenge come in for us,” he said.

Durham was contained in the first half, wounding up with only four points before picking up the slack in the final two periods and finishing with 20 points, 18 rebounds, and six assists in the loss.

“Defensively, they double teamed AD (Durham) immediately to take the ball out of his hands,” he said. “The fact that if they can double team or box-one or whatever type of defense they want to put in where they actually are helping on Allen Durham, then other players have to step up and shoot the basketball and score the basketball for us to take the pressure off of Allen.”

“We’ve actually been dealing with this problem the entire conference and we’ve been able to overcome it to some degree against some of the other teams. But tonight, their defense against Allen really shut him down and in turn, we were not able to get our local players to get involved offensively also and that was pretty much our demise.”

Still, the Grand Slam-winning mentor is not giving up with Meralco left with no choice but to survive.

“The good thing about a seven-game series is it’s not over yet so they still have to win four games,” he said. “They only have three, so what we have to do is get back to the drawing board and try to figure out what went wrong and try to fix it and come back stronger on Wednesday.”