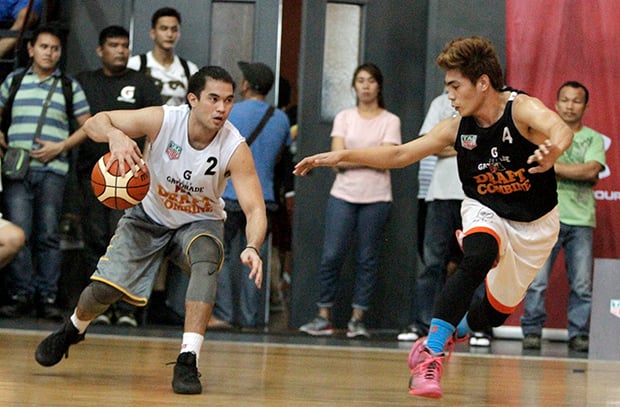 Blackwater’s continuing quest for relevance brought the franchise to arguably its best Draft when it picked up Mac Belo, the best-touted prospect out of the Gilas pool, and Ael Banal, the No.1 overall pick in the Regular Draft.

Banal and Belo will join a young team who only has four players above 30 years old.

“I’m really excited because Blackwater’s a young team so we have a lot of potential, lots of opportunities, so I can’t wait to play with my teammates and get ready for this season,” said Banal Sunday.

“I look forward to playing basketball with Mac Belo and all those other guys.”

Banal and Belo team up with Art Dela Cruz, a member of the 2016 PBA All-Rookie Team, to form a promising core.

The pick may have come as a surprise to most since Banal never played college basketball in the Philippines, but the 23-year-old swingman already had little knowledge that he would go to Blackwater as the first pick in the regular draft.

“There were a lot of rumors already for the past couple of days, but coming into the Draft, I was just really enjoying everything, and not really expecting,” said Banal. “A lot of teams saw me in the Draft, so after the Combine, that’s when things were starting to get a little bit chatty.”

Being the top selection outside of Gilas, pressure is expected to hover Banal and it’s something he’s used to even before he plays his first PBA minute.