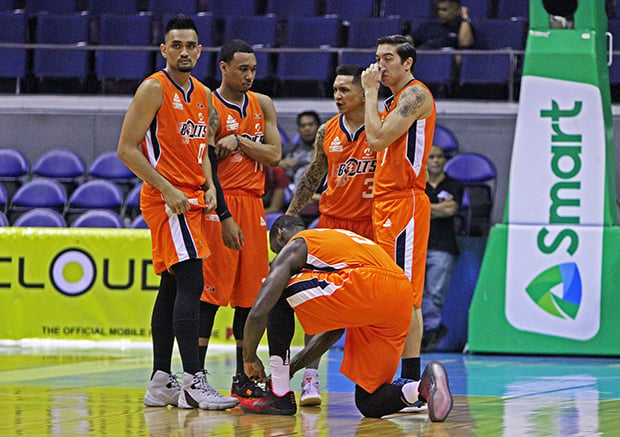 Coming off a runner-up appearance in the 2016 Governors’ Cup Finals, Meralco’s confidence must be high.

And coach Norman Black wants to pounce on the opportunity as he sees the hunger in the eyes of his Bolts who want stay among the contenders this coming season.

“The team has shown a lot of promise, a lot of improvement, and we’re not finished yet,” he said.

Also arriving from the 2016 PBA Rookie Draft are Ed Daquioag and Jonathan Grey as the Bolts got significant boosts in the wing position.

Known as a gritty crew, Meralco has proven itself equally capable on the offensive end, making them one of the dark horses this 2017 Philippine Cup.

“We feel the things we experienced should make us a much better team going into the next conference in the next year,” said Black.

Though the team will no longer have Jimmy Alapag, who retired in the offseason, remaining veterans Jared Dillinger, Cliff Hodge, and Reynel Hugnatan are all motivated to erase the heartbreaks of the past.