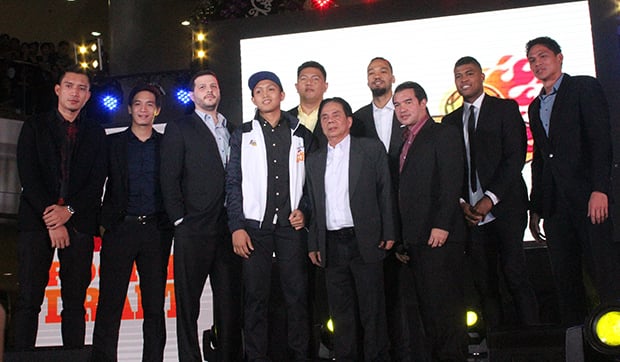 After finally figuring this out, Rain or Shine is faced with major changes in its roster.

After winning the franchise’s second title in the 2016 Commissioner’s Cup, things are entirely different for Elasto Painters for the 42nd PBA Season.

Familiar faces like coach Yeng Guiao, Paul Lee, and JR Quiñahan are no longer with Rain or Shine, forcing the team to a rebuild quick.

And the man tasked to do the job is someone who has been there for Rain or Shine through ups and downs—new head coach Caloy Garcia.

“The loss of coach Yeng has a big impact because the respect they had for him, I have to try to gain it before the opening,” he said.

Being Guiao’s deputy for the longest time, Garcia has been well prepared for these worst case scenarios, and he’s hoping to keep the ship afloat this 2017 Philippine Cup.

Fortunately for him, James Yap joins a tested Elasto Painters crew as he partners with cornerstones Jeff Chan, Gabe Norwood, and Beau Belga, as well as new acquisition Jay Washington.

Rain or Shine also boasts depth in the backcourt, with feisty guards Jericho Cruz, Maverick Ahanmisi, Chris Tiu, and rookie Mike Tolomia all on board.

Garcia is positive that the Elasto Painters can sustain their winning form despite all of the losses they incurred in the offseason.

“Like what coach Yeng did before, it’s just letting the players play. That’s one of the reasons why we’re winning and I think they’re up to the challenge,” he said.