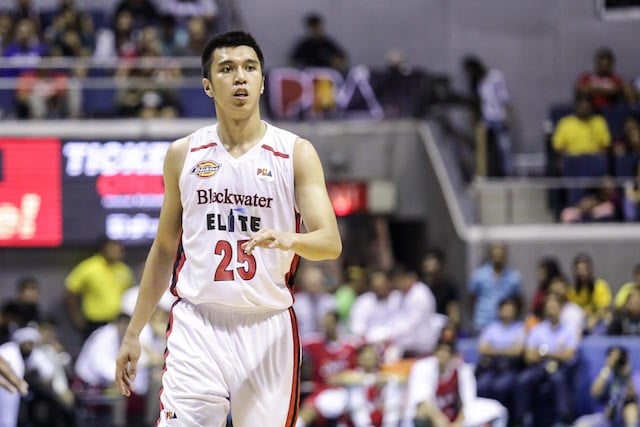 After finally winning its first-ever opener, Blackwater looks to continue its winning ways early in the season.

The Elite gun for their first-ever 2-0 start and solo leadership when they tangle with the debuting Meralco Bolts in the PBA Philippine Cup at the Smart Araneta Coliseum.

Blackwater’s 94-87 victory over Phoenix last Wednesday marked the first time in seven tries the squad won its conference debut and a follow up would push it ahead in the standings.

“We want to continue on our campaign with another good game and hope we can translate it to another win for our team,” he said.

“The excitement is still there and we are going to ride on our momentum going into our game versus Meralco.”

It may take more than mere enthusiasm for Blackwater to win against Meralco, which is looking to ride  on the momentum after finishing second behind Barangay Ginebra in the 2016 Governors’ Cup.

There’s also this overwhelming desire by coach Norman Black’s charges to atone for their last place finish in the same tournament last season and go deep in this tilt that features an 11-game elimination round to determine the eight teams advancing to the quarterfinals.

“We are all excited to start the PBA season,” he said. “It’s important that we get off to a good start, especially since four teams will be eliminated at the end of the elimination round.”

Having scouted Blackwater in its first game also gave Black a good idea on what to expect.

“Judging by their first game performance Blackwater will be a tough game,” he said.

“We will look to match their energy and put a lot of focus on our defense.”

There should be little concern in that area.

Unlike most of the teams Meralco underwent little changes in the team, opting to add only Jonathan Grey from the special draft for Gilas players and getting Joseph Yeo from GlobalPort.

With Jimmy Alapag announcing his retirement before the season, last season’s Rookie of the Year Chris Newsome is expected to carry most of the playmaking chores for the Bolts but could turn over that role to Baser Amer or Anjo Caram should he switch over to the 2-spot.

Jared Dillinger, who missed said Finals due to a hamstring injury, is all recovered and ready to go along with Cliff Hodge, Reynel Hugnatan, Kelly Nabong and Bryan Faundo.

Against Phoenix the Elite made half of their 76 shots, a clip that would have been higher had they not gone 9-for-25 from beyond the arc.

Even new acquisitions Dylan Ababou, Ronjay Buenafe and James Forrester, hardly used in their former teams, gave a relatively good account of themselves by combining for 24 points while veteran Denok Miranda chipped in eight of his 11 points in the fourth period that helped keep the Elite’s head above water.

Read Next
Compton not going to force injured Abueva to play
EDITORS' PICK
Sex on the menu for Pogo workers
First female commodore named
Foreigners prepare to flee as China virus toll tops 100
We Can’t Guarantee You’ll Win a P20 Billion Jackpot, But We Can Help You Try
SM continues to send relief assistance to remote towns in Batangas
Best Gift Ideas in the Philippines
MOST READ
Sex on the menu for Pogo workers
‘Normal people doing normal work’ need not wear mask – WHO official
Kobe Bryant gear pulled out of Nike online store in wake of his death
Lacson on VFA impact study: ‘Better late than never’
Don't miss out on the latest news and information.