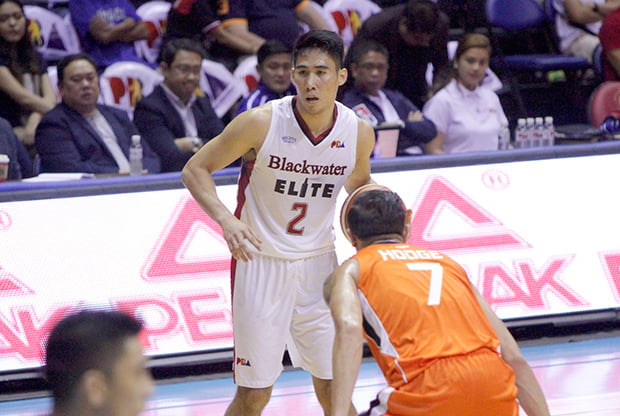 Mac Belo proved his first PBA game was no fluke on Sunday.

Helping Blackwater in his own unassuming way, the prized rookie let his game do the talking, pouring 12 of his 25 points in the fourth quarter, to go with six rebounds, three steals, and two blocks for an 86-84 win over Meralco on Sunday.

His impressive numbers came four days after scoring 17 points in his debut in a victory over Phoenix.

But as always, the Far Eastern University product downplayed his big game.

“I just got lucky that my shots were falling,” said Belo.

There has been a lot of talk about his game but the only thing on Belo’s mind is to help Blackwater win after one losing season after another.

“It’s a highlight, to help Blackwater win back-to-back wins. I’m happy to be a part of the team to have given that to our bosses,” he said.

But it’s still too early to celebrate, and Belo knows the work is just getting started.

“We have to continue improving, push ourselves more because we need to be more conditioned,” he said. “I played good, but I know everyone will try to scout me and I have to play better.”

Blackwater stakes their immaculate record on Friday against TNT.