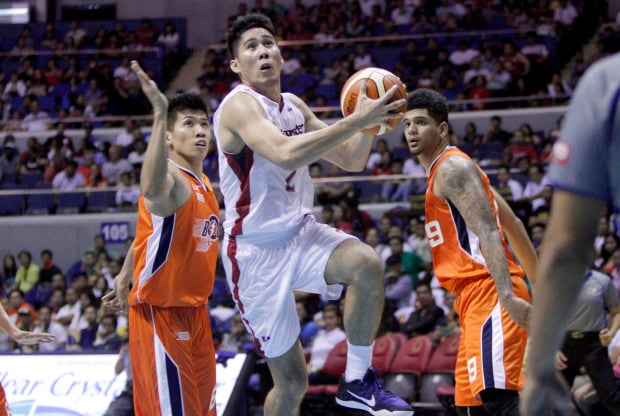 Rookie forward Mac Belo underscored his readiness in the pro level after leading Blackwater to a franchise-best 2-0 start in the season-opening PBA Philippine Cup.

Playing like a grizzled veteran, the 6-foot-4 Belo averaged 21 points, 7.5 rebounds and 1.5 steals in the Elite’s back-to-back victories over Phoenix and 2016 Governors’ Cup runner-up Meralco to start the season.

His sterling effort made him the hands-down choice for the Accel-PBA Press Corps Player of the Week for the league’s 42nd season.

Snagged by Blackwater during the special draft for Gilas players, Belo wasted no time proving his worth after debuting with a near double-double effort of 17 points and nine rebounds to help Blackwater register a 94-87 win over Phoenix last Wednesday.

Four days later, the pride of Midsayap, Cotabato up the ante of his game by banging 25 points, to go along with six boards, three steals and two blocks as the Elite scraped past the Bolts, 86-84.

Belo though insists they are still far from their goal for the season.