Once a key contributor, Blackwater’s Gamalinda shrugs off lack of playing time 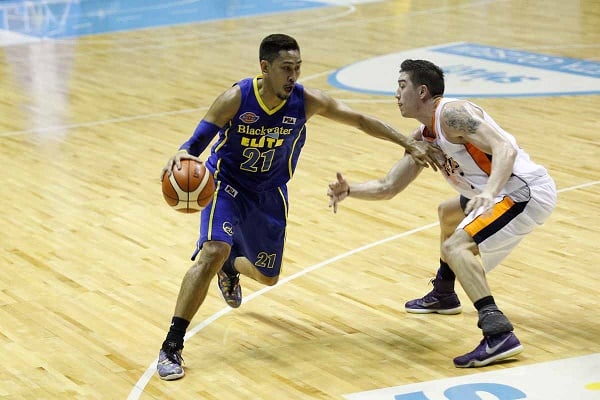 With a newfound role and young bloods getting the lion’s share of the spotlight, Blackwater Elite’s Bambam Gamalinda sees no problem with having a scant playing time this early in the 2017 Philippine Cup.

Last season, head coach Leo Isaac utilized the defensive forte and relentless hustle of the 6-foot-4 forward for 24 minutes per game in the all-Filipino conference.

But in Blackwater’s first two games—both wins—including a surprising 86-84 win over Governor’s Cup finalist Meralco on Sunday, Gamalinda had only seen meager minutes of floor time.

The decline of Gamalinda’s playing time is due to the arrival of top rookie pick Mac Belo, who has already played an average of more than 30 minutes in two outings, and the emergence of sophomore Art dela Cruz as one of the team’s leaders.

But the former San Beda Red Lion insisted that playing time is not an issue for him as long as the team hits its goal of playing as a unit.

He added that the moment his number will be called, he will be more than willing to rise up to the occasion.