Belo on facing former coach Racela: ‘I’m used to having him on my side’ 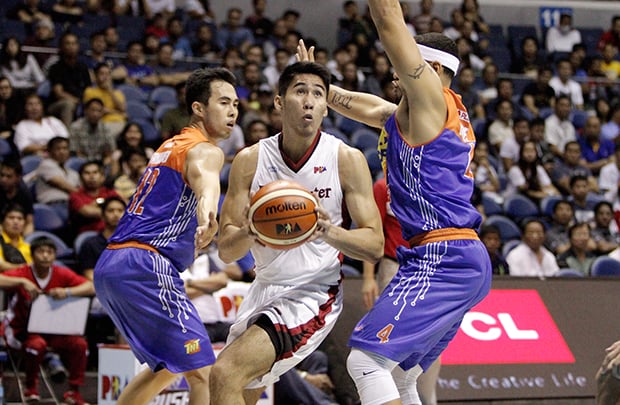 Together for almost five years, Mac Belo admits it was a weird feeling seeing coach Nash Racela on the other side when Blackwater played TNT on Friday.

“I’m used to having him always on my side,” the prized rookie said as his partnership with Racela dates back from their days in Far Eastern University, Phoenix in the PBA D-League, and even in the international stage as a part of the Gilas cadets. “He coached me for so long so he knows my game and my tendencies.”

Belo also admitted that there were times where he would look at Racela to get instructions before stopping himself midway and realizing that they’re already on different teams.

“I’m waiting for him to direct me to a play. Then, I just catch myself thinking we’re already opponents,” he said.

Belo, though, fought through the distraction and went on to rack up 21 points and nine rebounds. Unfortunately for Blackwater, his production was still not enough as the Elite suffered from their first loss in the 2017 PBA Philippine Cup, falling to the KaTropa, 99-92.

Despite being on opposing teams, Belo still got a nod of approval from his former mentor.

“After the game, coach Nash and coach Josh (Reyes) told me I had a good game,” he said.

With both parties moving on, Belo said his focus now is on his current team, as Blackwater eyes to bounce back from this defeat.

“This loss should be a wakeup call for us because we know TNT is a contender,” he said. “It’s a challenge for us to improve as a team because we still know that we have lots of things we still can fix.”