Castro picks up where he left off in return for TNT 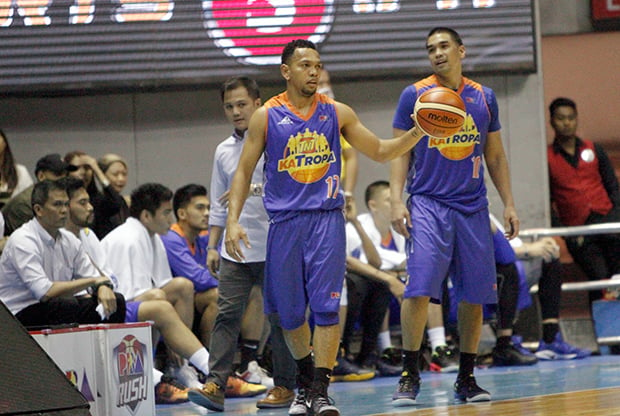 If there’s one thing his hiatus did well for Jayson Castro, it definitely made him miss playing on the hard court.

Making his season debut on Friday for TNT, the Kapampangan spitfire truly showed what his team had missed the past two games.

Castro didn’t waste time in reminding everyone what he’s capable off, firing 20 points and collecting five rebounds and five assists in the KaTropa’s 99-92 victory over the Blackwater Elite.

“I really missed playing basketball and I think my game showed how excited I was,” he said.

In a move which is really a step outside of what he’s been doing for the past years, Castro opted to take an extended vacation and rest, stepping away from any basketball activities during the offseason.

“It was a month and a half without basketball. All I did in the offseason was sleep and eat. I didn’t touch any basketballs,” he said. “It’s unlike before that even in the offseason, I still do extra work. Now, I really made it a point that there would be no basketball so when I return, I will be excited.”

Distancing himself from the game really did Castro wonders, sharing that he’s as focused as he has ever been as he tries to bring TNT back to the title picture.

“I just returned to practice last week and even in our practices, I don’t join them in their drills because I have a personal conditioning coach helping me in my recovery,” he said.

Castro said that he also feels thankful for the collective effort his team did during his absence, going 1-1 before this win over the Elite, saying, “I’m actually blessed having them because when I was resting and I couldn’t do anything to help them, they still did their best. Del (de Ocampo) told me that they’ll win the games for me.”

Now that he’s back, Castro wants to repay TNT with his best and said that with his extended vacation now over, he feels he can lead his squad anew.

“Though some of my shots today were short, I can tell that my body is now ready to play again.”