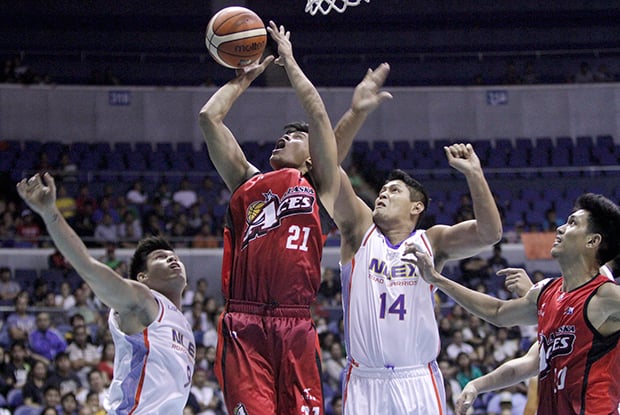 Enrico Villanueva has been ruled out of the 2017 PBA Philippine Cup after the veteran big man suffered an MCL tear on his left knee.

“He may be out for two months. Most likely, he’ll be returning in the second conference,” said the fiery mentor.

The 36-year-old big man sustained the injury in the Road Warriors’ 99-97 victory over the Alaska Aces last Friday before he underwent surgery a week after.

Still, Guiao believes that NLEX has enough manpower to cope with the loss of the veteran center with Asi Taulava, Bradwyn Guinto, Raul Soyud, Eric Camson, and rookie Fonzo Gotladera still at his disposal.

“We’re not really making it as an excuse or looking at it as a big letdown,” he said. “It’s an opportunity for other bigs to play.”

Guiao also opted to look at the injury as a way to distribute the minutes to his young big men.

“In a way, it’s a blessing because we can spread the minutes to these guys who we want to get more experience and get into the flow of the team.”