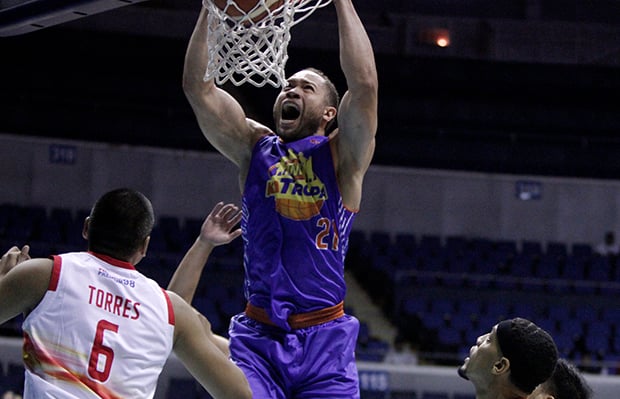 If “mini resurgence” is such a thing, TNT forward Kelly Williams is having it.

Williams is having his best two-game swing this early in the PBA Philippine Cup and it’s no surprise it’s happening under the watchful eyes of new KaTropa head coach Nash Racela.

Racela coached his first PBA game on Dec. 9 in a 98-87 loss against Meralco, but won the following game against Phoenix 117-98.

And Williams figured into a bigger role in the past two games than his first three.

Williams was subpar in the first three games of the conference when he averaged seven points and three rebounds per game, but he more than doubled his scoring and tripled his rebounding when Racela took over.

For the past two games, Williams averaged 18.5 points and nine boards.

“Coach Nash has been with me since 2010 so he knows me as a player, my strengths,” said Williams. “And his emphasis is to put me in a position where I can exercise those strengths and it’s helping me a lot.”

Williams also shot the ball more under Racela as he upped both his makes and attempts to the tune of 14-of-21, 67 percent, from a disappointing 9-of-20, 45 percent.

“Personally I know I can score, and I can do all the things I’ve done before, but whatever the team needs that’s what I’m always thinking of before every game,” said Williams.