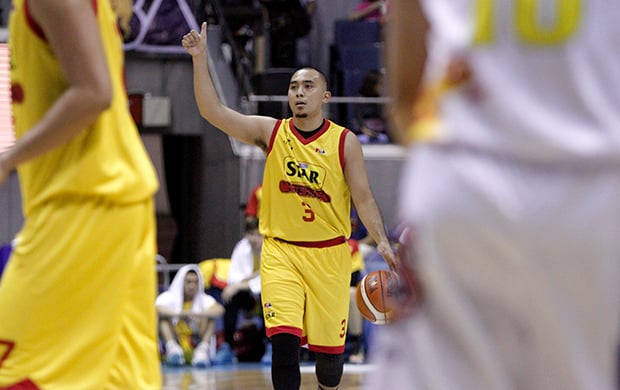 As a vital part of Rain or Shine for five years, Paul Lee knew what was coming when he faced his former team for the first time.

Known for their physical brand of basketball, the Elasto Painters, specifically their rugged big man Beau Belga showed their ex-teammate what it’s like to be on the other end of a hard foul.

Lee braced for the worst but it still caught him off guard when he fell down after hitting Belga late in the second frame, saying, “Mali yung tantya ko kasi second quarter na dumating.”

Still, the guard had the last laugh, taking charge in the clutch to lift Star to a 99-91 win on Sunday for its third straight victory.

Not even a little trash talk from his ex-teammates like Jericho Cruz could throw Lee off his game, as he finished with 14 points, four assists, and three rebounds against his former team.

And the 2011 Rookie of the Year did, showing maturity as the Hotshots composed themselves in the endgame to pull off the triumph late from this highly emotional affair.