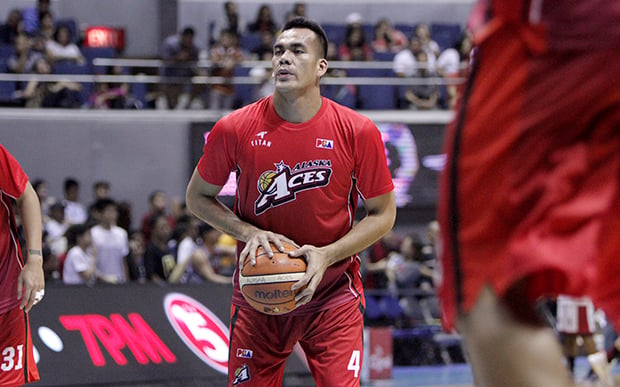 Showing he has fully recovered from a right calf muscle that sidelined him for much of late last season, Vic Manuel showed his effectiveness on both ends of the floor to help Alaska register two straight victories this past week.

The undersized Manuel tallied a double-double of 22 points and 10 rebounds, to go along with two blocks and a steal, enabling the Aces to complete an 81-79 come-from-behind win over the Meralco Bolts last Wednesday.

The “Muscle Man” provided the spark off the bench on Sunday, contributing 10 points, five rebounds, two steals and a block as Alaska steamrolled past Barangay Ginebra, 102-86.

It didn’t matter that Alaska continues to miss the services of veteran big men Sonny Thoss and Noy Baclao, both still out of commission due to separate knee injuries. And that’s because Manuel has stepped up big for coach Alex Compton to help the Aces to a joint third spot in the standings with Star, TNT, Blackwater and Rain or Shine at 3-2.

Overall, Alaska has won its last three outings since opening the brand new season with back-to-back losses to NLEX and San Miguel Beer.

The Aces will be shooting for their fourth straight win when they collide with the KaTropa on Friday at the Philsports Arena. (RD)