Black sees no positives in Bolts loss to Beermen 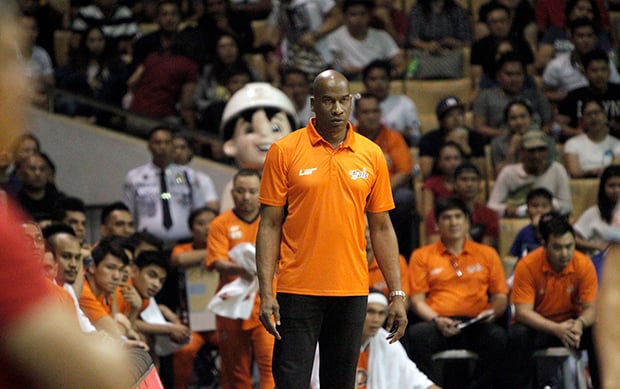 Meralco head coach Norman Black wasn’t in the mood to look at any bright moments in his team’s 101-86 loss to defending champion San Miguel in the 2017 PBA Philippine Cup Wednesday at Cuneta Astrodome.

And Black wasn’t sugarcoating what he said about is team’s lack of defense.

San Miguel clobbered Meralco 42-24 in points scored in the paint in a game where three-time MVP June Mar Fajardo only scored 11 points.

Meralco’s defense was also pedestrian at best outside the shaded area as the Beermen converted 11 of their 32 attempts from deep.

“Turnovers cost us this particular game, we were coming back but crucial turnovers, they really set us bad,” said Black, whose Bolts turned the ball over 19 times, five of which were courtesy of Chris Ross’ steals.

Arwind Santos and Chris Ross, however, would calm things down for the Beermen as they exchanged baskets to put the lead back up to double digits, 92-79.

“I really can’t take anything positive from this game,” said Black. “It’s a bad overall performance from everybody.”