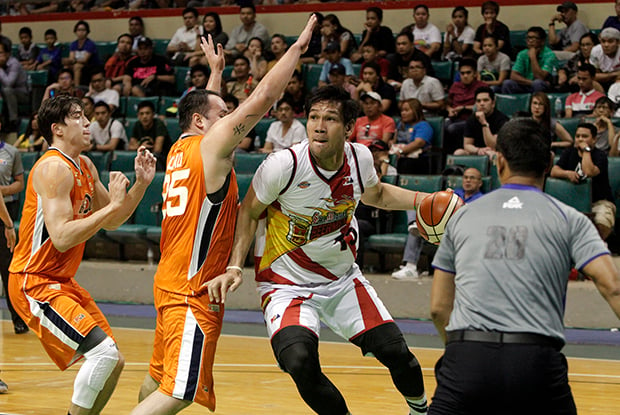 June Mar Fajardo is primed for another historic year as 2017 begins.

The three-time MVP is on the right track to win his fifth Best Player of the Conference as he leads all players in Statistical Points midway through the Philippine Cup.

Fajardo needs only one more Best Player of the Conference plum to match his mentor Danny Ildefonso for the most number of BPC awards with five.

GlobalPort guard Terrence Romeo is second to Fajardo averaging 37.5 SPs and his 27.0 points per game and 6.3 assists per game production are the highest in the league.

Fajardo’s San Miguel teammates Alex Cabagnot and Arwind Santos, the 2013 MVP, are also in the race for the BPC.

Mac Belo, the top pick of the 2016 PBA Draft, has been very comfortable in his role as the centerpiece of the Blackwater franchise as leads all rookies in SPs with a 33.0 average.

The do-it all forward is averaging 17.0 points and 7.6 rebounds and his production also put him in fifth in the stats race.

Phoenix’ volume shooter Matthew Wright is second among rookies with 30.2 average SPs while putting up 17.5 points and grabbing 5.7 rebounds.

Wright is also ninth in the BPC race.