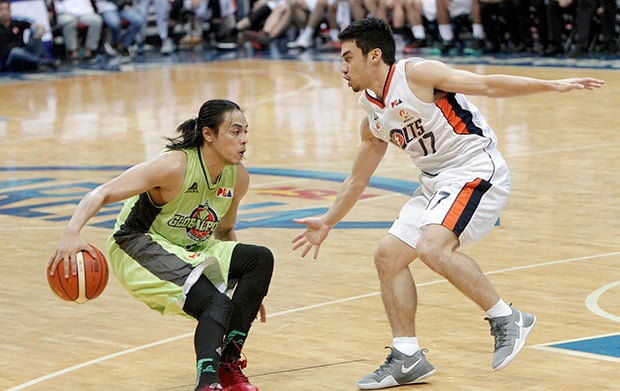 Finally, GlobalPort can turn over a new leaf.

Haunted by their monumental collapse last week, the Batang Pier exorcised their demons and came away with a 97-89 victory over the Meralco Bolts on Friday.

Taking notes from its heartbreaking 101-99 loss to Phoenix last Dec. 28 where it squandered a 26-point lead in the fourth quarter, GlobalPort made sure there won’t be any meltdowns as it held off the Bolts and averted another collapse.

“Bad experience for us last game when we were ahead and we weren’t able to keep our composure together,” said coach Franz Pumaren. “This game, we stuck to our own gameplan and we stuck to our system.”

The defeat hit the team so hard that Pumaren had to cut short his business trip in Europe.

“I did not want to let my team feel that I abandoned them.”

But he didn’t have to as the devastating loss to the Fuel Masters alone served as enough motivation for the Batang Pier to bounce back.

(That’s always in our minds. That’s what we always talk about, on how we’ll maintain our lead. Like in today’s game, we were leading but they were still able to catch up. We just sustained it during those last minutes. What if we weren’t able to secure it again. That would be tough, right?)

Consider it lesson learned, though, as GlobalPort refused to sink despite the spirited fightback from Meralco.

Pumaren praised his wards for rising through the adversity as it now looks forward to the remainder of the 2017 PBA Philippine Cup.

“There was a little pressure with our players, but when we stick to our game plan, we can survive that kind of games,” he said. “At least we survived, that’s what’s important.”