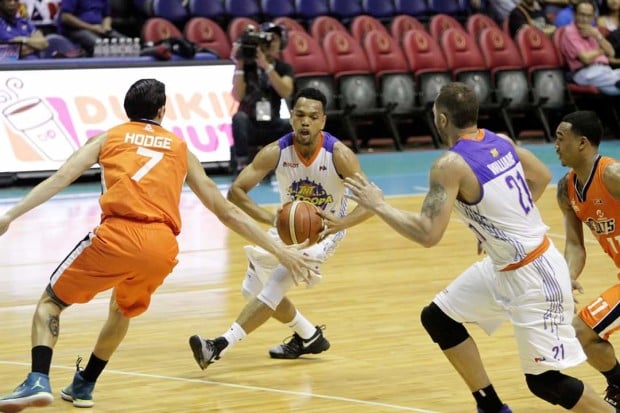 From the time he set foot in the league five years ago, Meralco forward Cliff Hodge has been one of the Bolts most reliable defender.

Hodge, the fourth overall pick by Meralco in the 2012 PBA Draft, has been locking down opposing teams’ best players from Alaska’s Calvin Abueva to GlobalPort’s Terrence Romeo to name a few.

But there is one player, Hodge readily confessed, who makes life difficult for him every time they face each other on the court.

“Of all the players I’ve ever played against, I’d probably say Jayson Castro is the toughest guy I’ve ever guarded,” Hodge revealed.

“He’s quick. He can also shoot from the outside. So you have to pick your poison, if you want him to shoot or get down the lane,” Hodge explained in Friday’s @pbaconnect’s Tweetmisan segment.

Hodge has been a solid so far in the ongoing Philippine Cup. He is averaging 11.7 points, 9.3 rebounds, 4.3 assists and 1.3 blocks per game. Onofre John Andres