Fajardo hopes Beermen will stay healthy the rest of the way 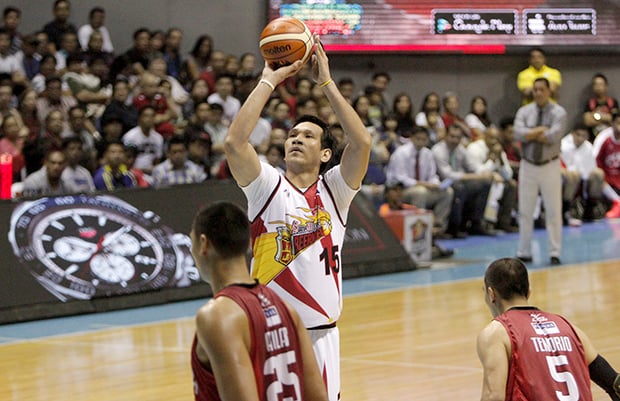 June Mar Fajardo expected a tough outing with San Miguel going up against Ginebra on Sunday.

With his paltry seven-point outing in Game 5 of last season’s Governors’ Cup semifinals still lingering in his mind, the three-time PBA Most Valuable Player fell once again to coach Tim Cone’s trap as he was saddled with four fouls going into the fourth quarter.

(I expected it. Last time during our semifinals, that’s how they defended me. They doubled me up immediately.)

Fortunately this time out, the Beermen had enough gas left in the tank to pull through with their towering giant limited.

Alex Cabagnot provided the lift in scoring, while Arwind Sandos came away with the huge defensive stops to seal San Miguel’s 72-70 win over Ginebra.

Happy to once again pull off the win despite being shoved in the background, Fajardo could care no less for his nine points, 11 rebounds, three blocks, two assists, and two steals in the game as long as his side got the win.

And as the Beermen ride their 7-1 record, he is hopeful that the winning habit will soon turn into a culture.

(This is big for us. We have to turn our winning habit to a lifestyle. We have to be healthy. I hope nobody gets injured and we follow coach’s system.)

San Miguel stakes its six-game winning streak against second-running Rain or Shine on Friday at Mall of Asia Arena.