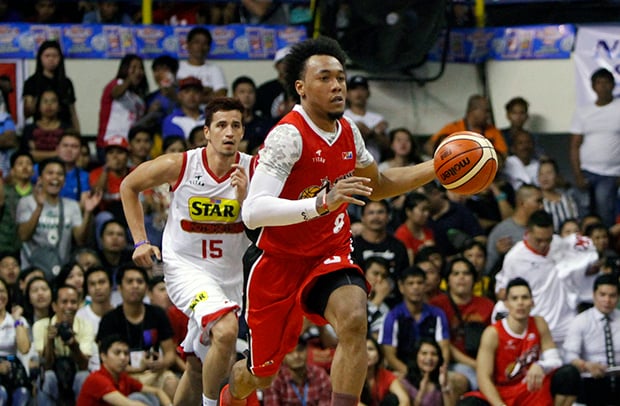 Who did their homework better during their long break? Who stay in shape and keep sharpness from a respite of over two weeks?

These questions beg for answer as the Alaska Aces and the Star Hotshots return to action, going up against each other in a crucial setto in the PBA Philippine Cup elimination round at Smart Araneta Coliseum Wednesday.

At stake is a share of third place with the TNT KaTropa Texters and the GlobalPort Batang Pier at 4-3 as the Aces and the Hotshots clash at 7 p.m. The loser, on the other hand, drops to joint ninth place with the Barangay Ginebra Kings at 3-4.

Alaska has not seen action since its 100-109 loss to TNT on Dec. 23 while Star has been idle since yielding to Ginebra, 79-86, in their Christmas Day duel at the Philippine Arena in Bocaue, Bulacan.

Among all 12 teams, the Aces have the longest respite. And surely, it’s a concern to coach Alex Compton and to his troops.

Both the Aces and the Hotshots both look to buckle down to work right away and get into the groove in pursuit of a win that will fan their hopes for a Top Two finish.

“Proper mindset is key in this game,” said Star coach Chito Victolero. “Both teams are coming off a loss and from a long layoff. We need to focus and play as a team the whole game.”

At joint eighth, both teams are within striking distance of the second-running Rain or Shine Elasto Painters (5-2) and the teams below them.

Titleholder San Miguel Beer is the only team that has peeled off from the pack, leading the race for the Top Two with a strong 7-1 card.

The Hotshots, however, may have trump cards in Paul Lee and Jio Jalalon.

The question is whether the Hotshots have prepared themselves for Alaska’s dreaded pressing defense.

Pingris, Lee, Ramos, Barroca and Allein Maliksi have been Star’s lead guns while Abueva and Manuel have been Alaska’s lead forces.

Through the first half of the elims, Abueva is No. 7 in the stats category of the Best Player of the Conference derby. Manuel is at No. 17 while Pingris leads his team at No. 19 overall.