Isaac’s trust in players rewarded in Blackwater win over Alaska 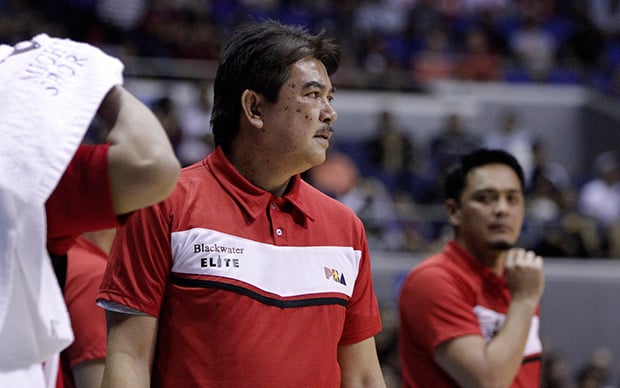 If there’s one guy who has a ton of belief in Blackwater, it’s coach Leo Isaac.

And his faith in his players was in full effect on Sunday when he stuck with Roi Sumang in the endgame as the Elite pulled off a 103-100 victory over the Alaska Aces.

Isaac took a gamble and it paid dividends as the former University of the East guard sparked Blackwater’s fourth quarter blast to snare its fifth win in eight games.

Isaac was pleased with Sumang’s performance but was far from satisfied as he expects more from him in the coming games.

“A lot of players here, for the most of their career, they’re always at the bottom of the standings. We’re just experiencing these instances now that we’re contending,” he said. “I wanted to see, I wanted to challenge the players that now that we’re in these situations, we can win. Prove yourselves that you can also perform during crunch time.”

For now, Isaac is happy with the way his players are responding to his challenges.

“With the way we withstood the strong comeback from Alaska, I had reason to believe that these players can be really good players,” he said.

But it only gets harder for Blackwater with Ginebra and Star next.

However, with the way Blackwater is playing, there’s no reason why Isaac should worry about his team’s chances of advancing to the 2017 PBA Philippine Cup playoffs.

“We’ll just give our very best and wherever we end up, we’ll take it. We’ll still go hard: that’s what we’re emphasizing to the players. If you give your 100 percent, most likely you’ll be getting good results. At any time, we would want to give our 100 percent and wait for the good results that will happen after the game,” he said.