Belo, dela Cruz to go all out for playoff-seeking Elite
Close
menu
search

Belo, dela Cruz to go all out for playoff-seeking Elite 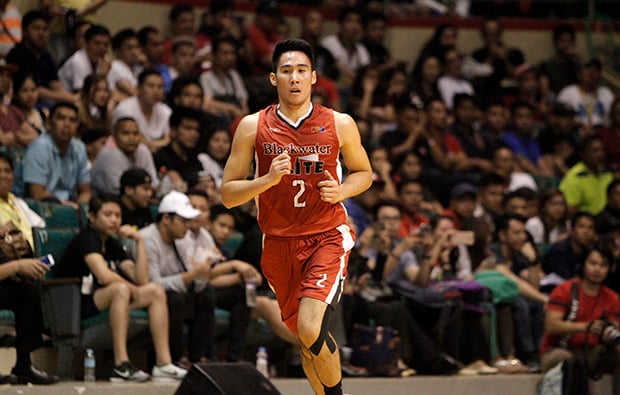 With the way Blackwater started the 2017 PBA Philippine Cup, Mac Belo and Art dela Cruz agree that it would definitely be a disappointment if the team misses out on the quarterfinals.

And that’s the reason why the Elite will be coming into their next game more focused as they eye to secure a seat in the top eight.

“We have to give it all because that will separate us from the teams that will be eliminated. It’s going to be hard to be at the bottom, so we have to focus on that,” said dela Cruz.

“We need to win against Star so we’re guaranteed to make it to the playoffs. It’s a do-or-die for us so we have to give our all,” Belo said.

After losing to Ginebra, 99-90, on Friday, Blackwater missed a chance to clinch a quarterfinal seat and instead, fell to seventh place with an even 5-5 record.

Belo admitted the defeat exposed Blackwater’s inexperience when it mattered most.

“We collapsed on the defensive end during the last minutes and that’s the reason why we lost,” said Belo.

Dela Cruz said the defeat should serve as a lesson for the Elite with their game against the Hotshots will likely determine their fate this conference.

“There’s always a bad game, but we tried our best. We just need to move on. We need to see our mistakes and we have to focus on Star,” he said.

With a game left on Blackwater’s elimination schedule, the two forwards promised to do nothing but their best on Wednesday.

“We’ll work hard for it. We’re focused on this last game and hopefully, we make it to the playoffs,” said the prized rookie Belo.

“We just want to see our team make it to the quarterfinals,” dela Cruz said.