Garcia: Rain or Shine played ‘terrible’ in loss to Meralco 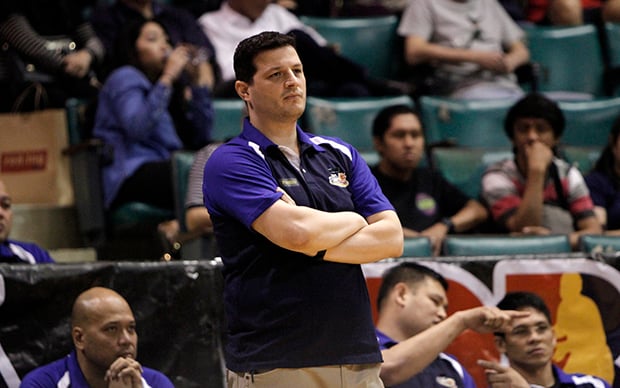 Rain or Shine head coach Caloy Garcia expressed his displeasure over the Elasto Painters’ 82-72 loss to the Meralco Bolts on Friday.

“We played a terrible game, offensively and defensively. The players on the court weren’t playing well together,” Garcia said.

Falling behind by as much as 15 early, the Elasto Painters had a tough time catching up against the in-rhythm Bolts.

With Meralco’s confidence on a high, it just had every answer for every punch Rain or Shine threw at it, as Garcia desperately tried to settle down his boys.

“They got off to a good start, and every time we tried to mount a comeback, we’re turning the ball over. I told the players, ‘Why are we rushing when we’re already back in the game?’,” he said.

It was just the worst case scenario Garcia talked about after the E-Painters’ 107-101 collapse to San Miguel last Friday.

“My worry is what kind of team we will be after the loss, and today, we came out flat.”

Not helping was Rain or Shine’s offensive struggles as it shot a paltry 31 percent from the field.

“We lacked in following coach Caloy’s system. Maybe, we’re still frustrated from our loss to San Miguel. We badly wanted to bounce back and it didn’t happen,” guard Jericho Cruz said.

Cruz scored nine point on 4-of-16 shooting from the field.

Cruz said Rain or Shine can’t dwell on the loss if it wants to move on and focus on the task ahead.

With a second straight defeat, the Painters will now have to sweep their next two games to make a case for a top two finish.

“Coach told us that there’s nothing we can do about it. We just have to move on,” Cruz said. “We just got to be confident with everything we do, offense and defense. We’re facing strong teams in GlobalPort and Alaska so we just have to adjust and put more time in the gym, try to bounce back.”

Garcia also expects his wards to not look too far ahead.

“As much as possible, we want to be in the top six. If we have a chance for the top two, why not? But now, we’re just looking forward on winning another game first,” he said.

Rain or Shine takes a nine-day break before facing GlobalPort on January 29 at Cuneta Astrodome.