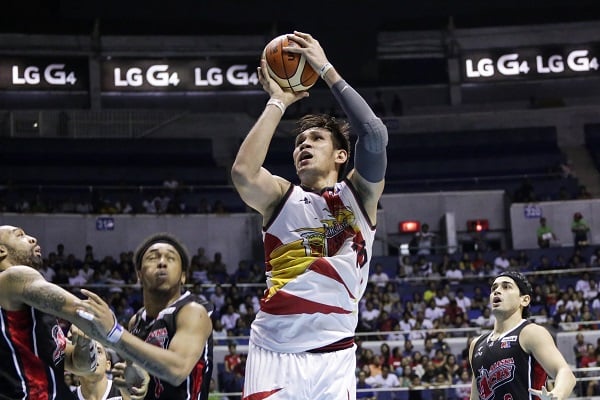 National team coach Chot Reyes announced the names on Sunday at Philsports Arena in Pasig in between the Alaska-Mahindra and Ginebra-Phoenix doubleheader.

Calvin Abueva and Terrence Romeo are also among the stars named in the pool.

Fajardo is a no-brainer selection for Reyes given the caliber of the three-time PBA Most Valuable Player for San Miguel.

Castro is also coming out of retirement from international competition as he is set to reunite with Reyes, who was also his former mentor at TNT.

Abueva, meanwhile, is getting another shot at the national team. The Alaska forward was the last cut in the Gilas squad which saw action in the 2016 Fiba Olympic Qualifying Tournament.

Romeo has also evolved from being just a superb scorer to a willing passer as he currently leads the league in points and assists per game.

The latest pool also include holdovers from past editions of the national team with Paul Lee (Star) and Japeth Aguilar (Ginebra) also being named.