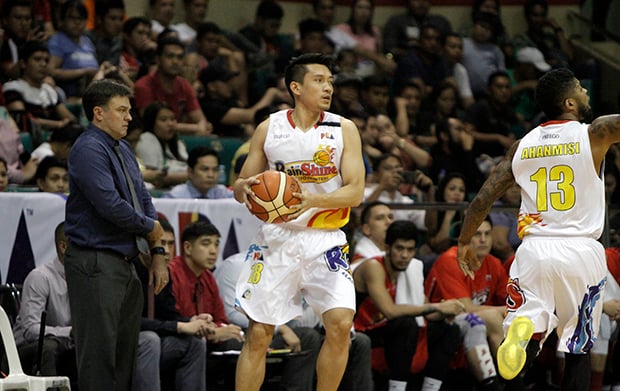 James Yap refused to feel down following Rain or Shine’s 94-89 defeat to Alaska on Wednesday.

The loss, which was the Elasto Painters’ fourth straight to end the eliminations, has placed his team in an unenviable position in battling Blackwater on Friday for the last quarterfinals slot.

His trey at the 7:15 mark of the fourth quarter even gave Rain or Shine an 86-79 lead before being subbed out for Jeff Chan with 6:54 to play. That was when Alaska staged a fightback, taking an 87-86 lead en route to the victory.

The two-time PBA Most Valuable Player shrugged off his apparent benching late and would rather focus on the collective effort of the Elasto Painters.

Yap said Rain or Shine has to move past its recent struggles and just focus on the task at hand as it seeks to avoid early elimination.