Belga: ‘No room for mistakes’ vs Beermen 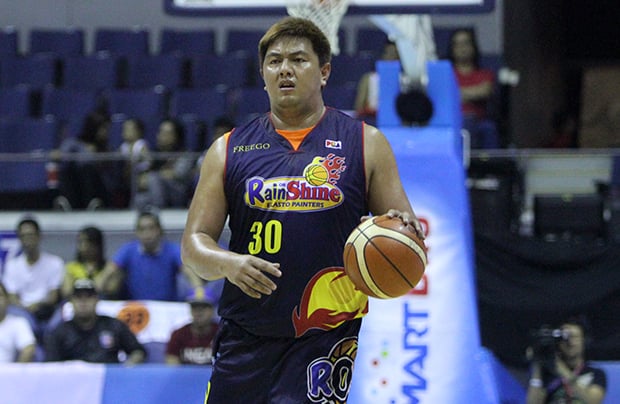 Rain or Shine didn’t just get a new lease on life with its 103-80 win over Blackwater on Friday.

It also gave itself a chance to atone for its toughest loss this 2017 PBA Philippine Cup after arranging a quarterfinals date with San Miguel.

Though the Elasto Painters are the heavy underdogs especially with Raymond Almazan still out with a calf injury and with the top-seeded Beermen enjoying a twice-to-beat incentive, Beau Belga has no doubt his team can complete an upset.

“We know we can beat them and we have proven that. We just had some lapses in the end,” he said.

Rain or Shine fell to San Miguel, 107-100, in overtime last January 13, where it blew a six-point lead in the final three minutes of regulation and collapsed in extra time.

“I take it personally as a challenge for me because I was the reason why we lost,” said Belga, recounting the moment where he turned the ball over in the final six seconds that gave Alex Cabagnot the chance to force overtime.

ROS coach Caloy Garcia also lamented that the loss to the Beermen was the start of the Elasto Painters’ four-game slide, forcing his side to play this all-important knockout game against the Elite.

“After that game, we lost our focus and fell to Meralco. Part of our losses was still because of that San Miguel defeat,” Garcia said.

But Belga believes his squad will be wiser this time out and Rain or Shine must play a perfect game against the two-time defending Philippine Cup champions.

“We have no room to make mistakes now. We have to survive. It’s not going to be decided by luck. It’s only us who will decide our fates.”

Rain or Shine plays San Miguel on Sunday at Ynares Center in Antipolo.