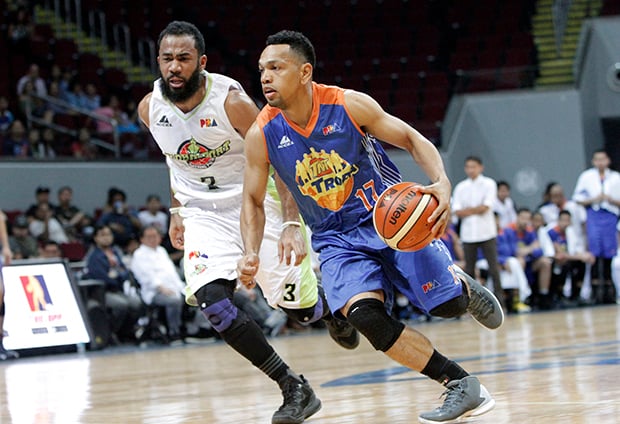 TNT is known for its offensive firepower but Jayson Castro knows that what will propel TNT into the 2017 PBA Philippine Cup semifinals is its defense.

On Saturday, TNT showed what it can accomplish on the defensive end of the floor in a 109-101 win over GlobalPort in Game 1 of their best-of-three quarterfinals series.

“I hope our defense will stay the same because we did well on the two, especially on Terrence,” Castro said.

TNT limited Terrence Romeo and Stanley Pringle to a combined 11-of-33 shooting through three quarters, where the KaTropa zoomed to an 18-point lead, 86-68.

“Our focus on defense was to really limit him (Romeo). challenge his shots and take the ball out of his hands because when he has the ball, he can do a lot for his team,” said Castro.

Castro also put emphasis on having a body on GlobalPort’s big men.

Castro carried his side with 20 points on a 7-of-12 shooting from the field and four rebounds in the win.

It was also TNT’s second victory over GlobalPort this conference, and with the blueprint already laid out, Castro is hoping that his team can make it three straight on Monday to advance to the semifinals.

“We had a good game plan against them. I wish we could sustain our defense.”