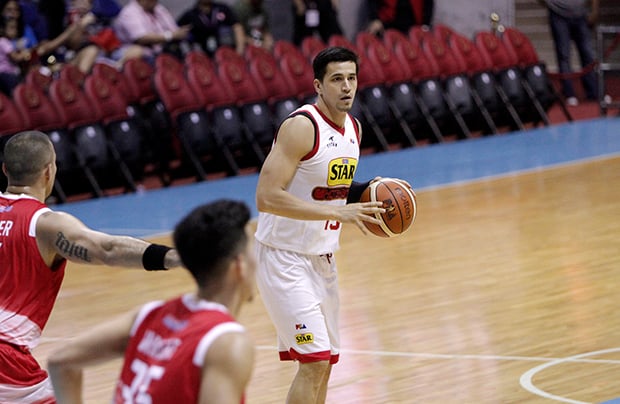 Entering the semifinals for the first time since coach Tim Cone’s departure, Star is looking like a contender once again after last season’s disastrous run.

And Marc Pingris knows where to attribute the Hotshots’ turnaround.

The Hotshots swept Phoenix in their best-of-3 quarterfinals tiff with another dominant 91-71 victory on Monday.

Pingris was instrumental in the victory, finishing with 16 points, nine rebounds, and three assists, but more than his statline, it’s really the squad’s defensive effort which allowed them to punch a ticket to the Final Four.

He couldn’t also help but note a lot of similarities with the way Star is playing now to that of their championship days under Cone, praising coach Chito Victolero for the system he put in place this conference.

The players are more than happy to oblige and the results speak for themselves as the Hotshots booked a semifinals spot for the first time since the 2015 Governors’ Cup.

However, Star’s defensive anchor said that the team shouldn’t be content with its achievement and should instead eye to build on the team’s six-game winning run. The Hotshots have been dominating during their streak, beating their opponents with a winning average of 27.8 points.