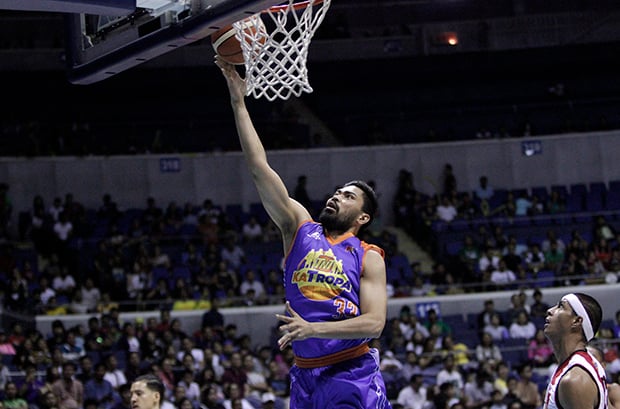 Pogo unleashed a career-high 22 points on 6-of-11 shooting from threes that went with seven rebounds as the KaTropa took a 2-1 lead in their best-of-seven series.

“I think it’s our defense. Coach Leo (Austria) did a great job on adjusting his rotations, caught us off guard, but it was good that we were able to recover,” said TNT head coach Nash Racela.

Game 4 is on Tuesday night at Mall of Asia Arena.

But it’s not just Pogoy, who delivered for TNT, as the veterans stepped up to help the KaTropa stop the usually high-scoring Beermen.

Ranidel de Ocampo poured in 24 points, including the game-sealing free throws with 8.1 seconds left. He also had nine boards, and three assists.

After Alex Cabagnot’s three gave San Miguel an 81-80 lead, Danny Seigle turned back the hands of time, scoring on two reverse baskets followed up by a De Ocampo three-point play to once again bring TNT’s lead back to six, 87-81 with 7:23 remaining.

The Beermen struggled to find an answer with June Mar Fajardo plagued in foul trouble late.

Marcio Lassiter got out of his shooting slump and fired 18 points on a 4-of-10 shooting from threes, to go with nine rebounds and three assists.