Trailing in series nothing new to SMB, says Ross 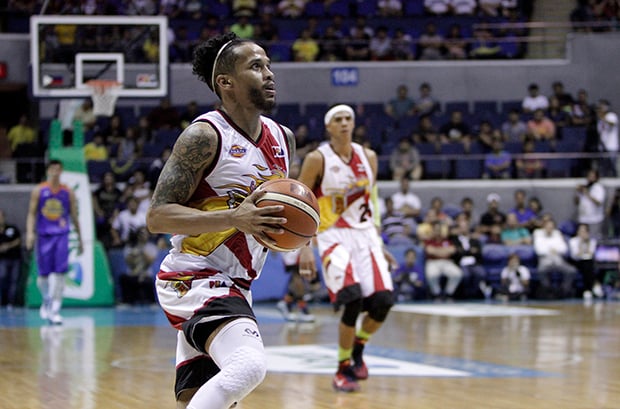 San Miguel Beer guard Chris Ross remained defiant despite the Beermen losing to the TNT KaTropa in Game 3 on Sunday.

With the Beermen down, 2-1, in their best-of-7 semifinals series, the defensive-minded guard shared that he’s not all too worried with his squad’s position as of the moment.

This is the fourth straight time that the Beermen fell behind through three games in a best-of-7 series in the Philippine Cup. And historically, they have defied the odds when the cards are stacked against them, with the most notable their 0-3 comeback against Alaska in last year’s Finals.

Despite the pressure on San Miguel, Ross said the team believes it can rebound from the back-to-back losses.

“We’re still good. It’s a series, and good teams win games and we know TNT is a good team,” he said. “We didn’t come into the series expecting that we were going to sweep. We knew we were going to lose at some point. That’s the beauty of a seven-game series, the best team always wins and it’s still early.”

Though Ross praised TNT’s defense the last two games, he thinks that San Miguel is just missing the shots that the team usually makes.

“When TNT really wants to win, they know who to go to and we just got to be prepared for everything.”

And come Game 4 on Tuesday, there’s no doubt in Ross’ mind that the Beermen will be ready for every punch the KaTropa will throw at them.

“It’s just 2-1. Again, we’ve been in every position that you can think of, and the locker room’s good. We’re a veteran team, we’ve won championships together, and we’ll just figure it out,” he said. “We’re not down. We’re ready for Game 4.”