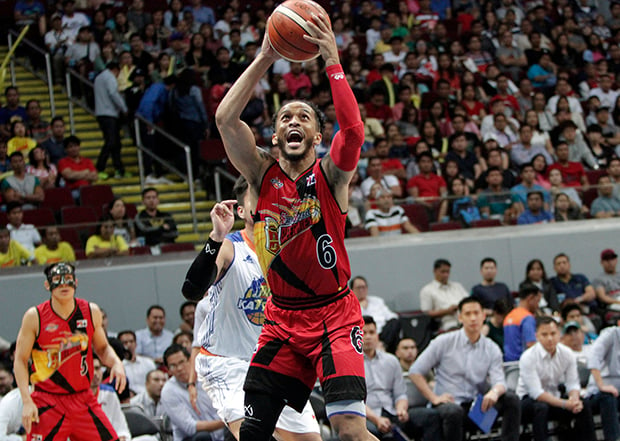 The last time Chris Ross had an offensive explosion, it was in February of last year in Game 7 of the 2016 Philippine Cup Finals when the San Miguel Beermen completed their historic comeback from 0-3 down to stun the Alaska Aces.

Ross had another one coming and unfortunately for the TNT KaTropa, it came at their expense.

Known as a defensive specialist, Ross had the hot hand as he torched TNT with a career-high 31 points built on five triples which was also his most in a game.

The 31-year-old Ross, however, would rather highlight what he did on the other end of the floor.

“I always look at it on defense, trying to limit Jayson (Castro) but he’s been carving us up, averaging a double-double so I just really look at the defense, try to make it tough on Jayson because he’s what makes them go,” Ross said.

“Offense is just a plus, as long as I can try to limit Jayson then I’m happy with that.”

Ross did a solid job in neutralizing TNT’s star guard Jayson Castro, who only had 13 points on a dismal 5-of-17 shooting from the field with three turnovers.

With Ross hounding him, Castro got off to a slow start with just two points in the first half.

In offense, Ross said he just wanted to be aggressive knowing that his team is in a must-win down 2-1 in the semifinals series.

“I’m usually the one leading by being a vocal leader but today I kinda wanted to lead by example, give energy and try to help my teammates. It kinda worked.”