Ginebra extends semis vs Star to Game 7 behind Devance 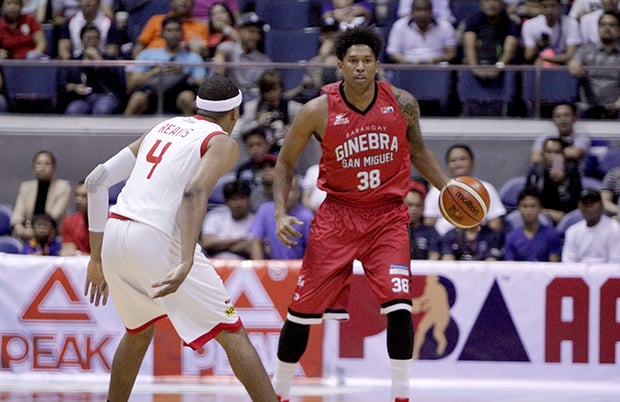 Joe Devance celebrated his birthday in style, providing the boost Barangay Ginebra needed in its 91-67 victory over Star on Sunday at Smart Araneta Coliseum.

The win allowed the Gin Kings to force a winner-take-all Game 7 in their 2017 PBA Philippine Cup semifinals series, slated on Tuesday at Mall of Asia Arena.

The 35-year-old forward unleashed all of his 14 points and three rebounds in the third quarter.

“Joe’s been an inspiration to us,” said Ginebra head coach Tim Cone of his veteran stalwart, who had to play through pain just to give his side the energy they badly needed in the third period. “His resolve and his ability to keep on battling, it’s just an inspiration to all of us.”

Jervy Cruz dropped seven of his 11 markers in the fourth period, to go with four rebounds as the Gin Kings ran away with the victory late.

Devance willed Ginebra in the third quarter and had answers for everything Star threw. Mercado, then, orchestrated a 10-2 tear to break a 52-all deadlock and grab a 62-54 lead to end the period.

The Hotshots could no longer recover as Mercado extended the lead to its highest at 21, 91-65, late in the game.