Tenorio puts Ginebra’s Game 1 loss behind: ‘We cannot change it’ 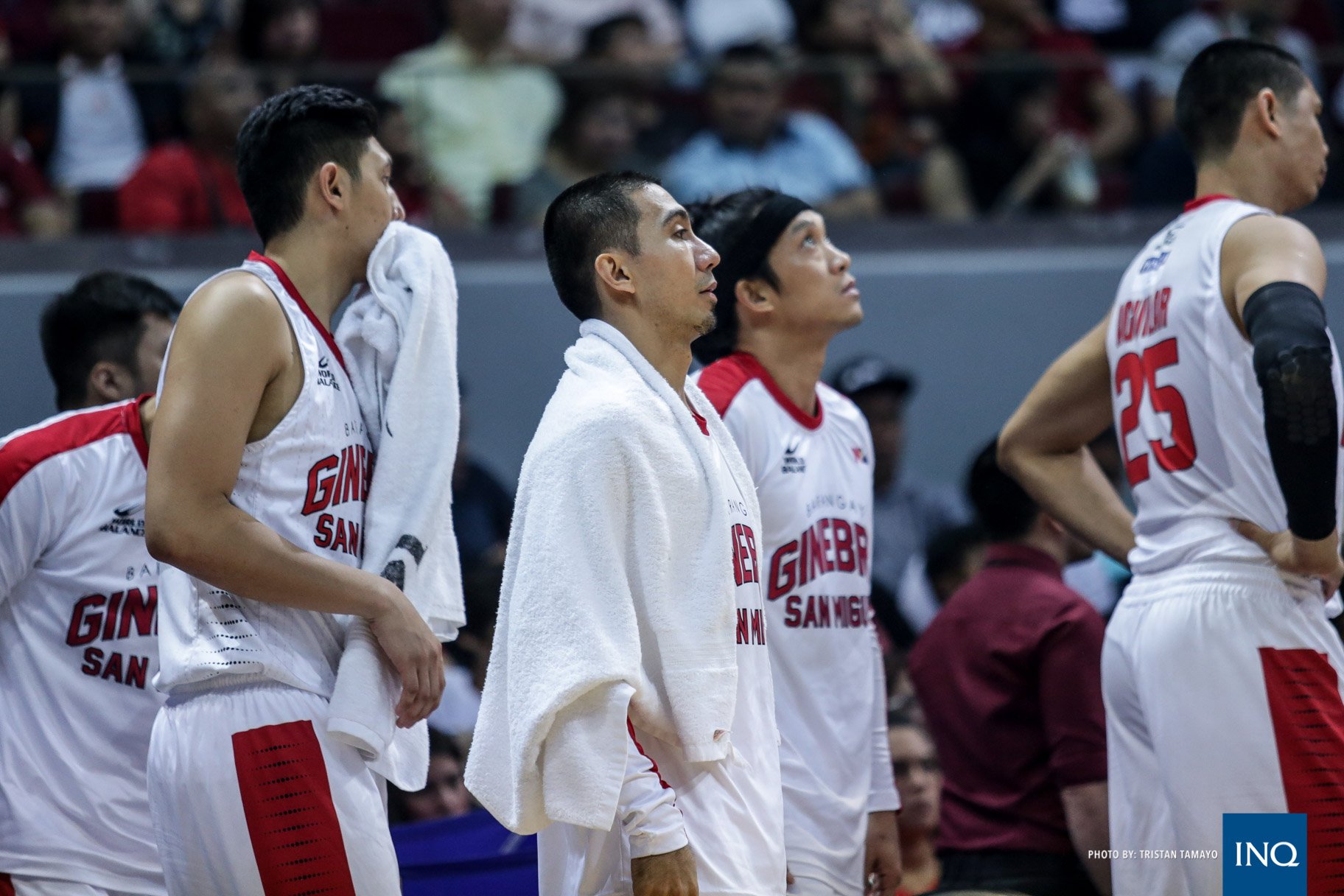 LA Tenorio refused to dwell on Ginebra’s humiliating 27-point beatdown from San Miguel in Game 1 of the 2017 PBA Philippine Cup Finals on Friday.

“We cannot change it. We just have to move forward and prepare for the game on Sunday,” Tenorio said after the Gin Kings’ 109-82 loss.

“We came out flat and they were ready for us,” the veteran playmaker said.

But for Tenorio, who played just 15 minutes and finished with five points, a rebound, and a steal, the Gin Kings shouldn’t be disheartened with margin amid a seven-game series.

“A 30-point lead and a one-point lead is the same in a Finals series. Now, we move forward and prepare for Game 2. That’s it,” he said.

Tenorio believes that Ginebra can still perform better than what it did in Game 1, and he vowed that his team will show it come Game 2.

“Again, just have to forget this game and move forward into Game 2. We cannot bow our heads or cry. We just have to move forward and prepare as much as we can on Lucena. We’ll get back at them next game,” he said.

Game 2 is on Sunday at Quezon Convention Center in Lucena.