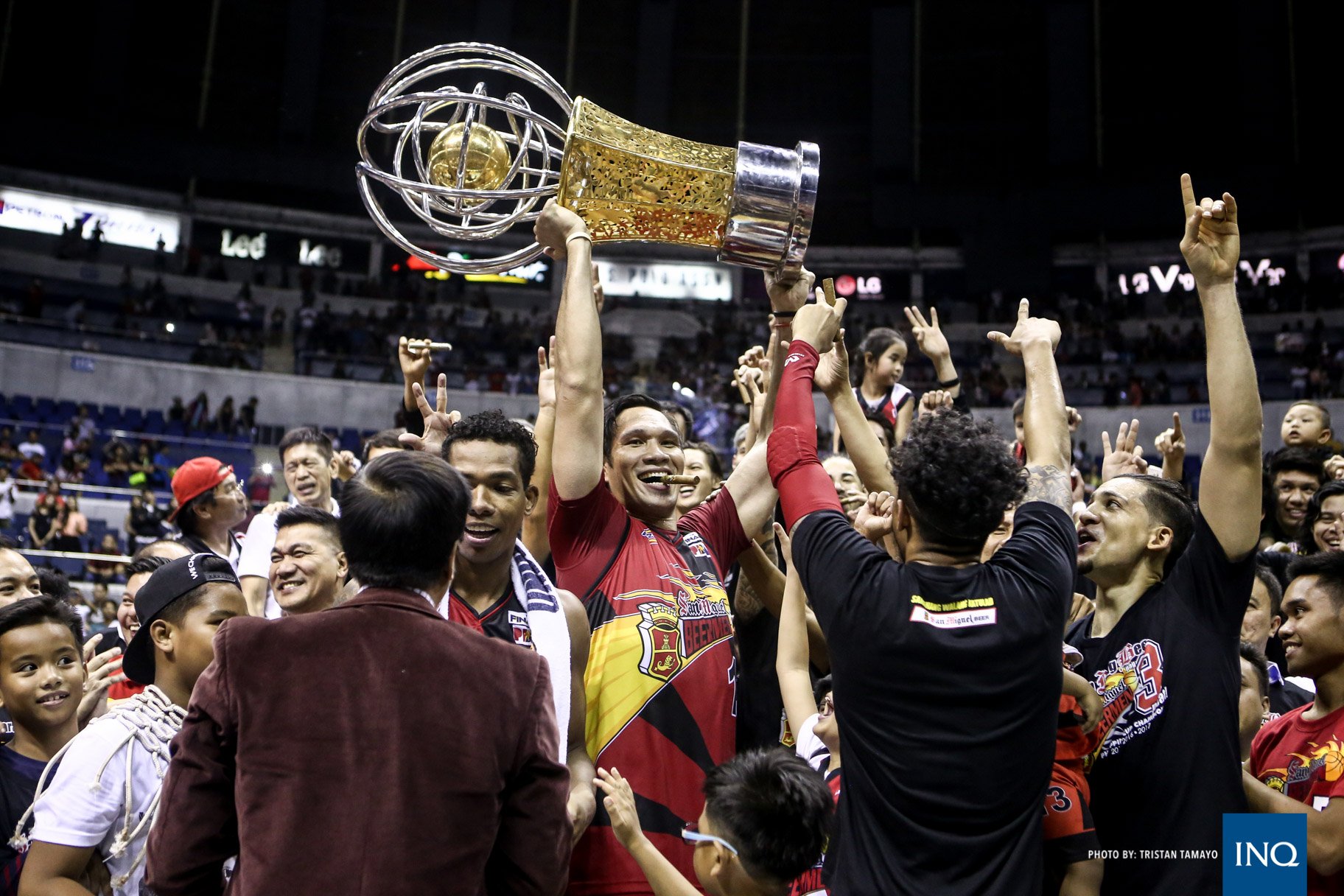 Three-time MVP June Mar Fajardo and Arwind Santos each scored 21 points while Chris Ross was again spectacular on both ends of the floor with 12 points, eight rebounds, 10 assists and six steals for the Beermen, who recovered after blowing a 12-point lead in the third quarter.

“Winning the three-peat is the biggest highlight of my career,” said SMB head coach Leo Austria, who steered the Beermen to their fourth crown in the last seven conferences.

San Miguel went on a 7-0 spurt capped by Santos’ signature dunk inside the last two minutes to put Ginebra away, 91-83, with only 24 seconds left.

The Kings, who trailed by as much as nine midway through the fourth quarter, pulled to within one, 84-83, after a 3-pointer by LA Tenorio with 2:28 remaining.

Japeth Aguilar fired a game-high 26 points that went with 16 rebounds while Joe Devance had a near triple-double with 20 points, 12 rebounds and eight assists for the Gin Kings.

Read Next
‘Focused’ Ferrer shrugs off brush with Santos
EDITORS' PICK
Speed up your game with the new vivo Y20s [G]
Metro Manila to have shortened curfew hours from 8 p.m. to 5 a.m. under MECQ
Philippines, US to begin 2-week joint ‘Balikatan’ exercises on Monday
‘NCR Plus’ to be under MECQ starting April 12 until April 30 — Palace
Pre-order the new vivo Y20s [G] to get a free TWS earphone
Pru Life UK receives four golden arrows for solid corporate governance
MOST READ
Stop ‘creeping occupation’ of ‘militia’ boats in WPS, Pacquiao asks China
Bea Alonzo clarifies status of her relationship with Dominic Roque
Convicted former aide of Sen. Bong Revilla dies — BuCor
Locsin to China: ‘Then move out’
Don't miss out on the latest news and information.