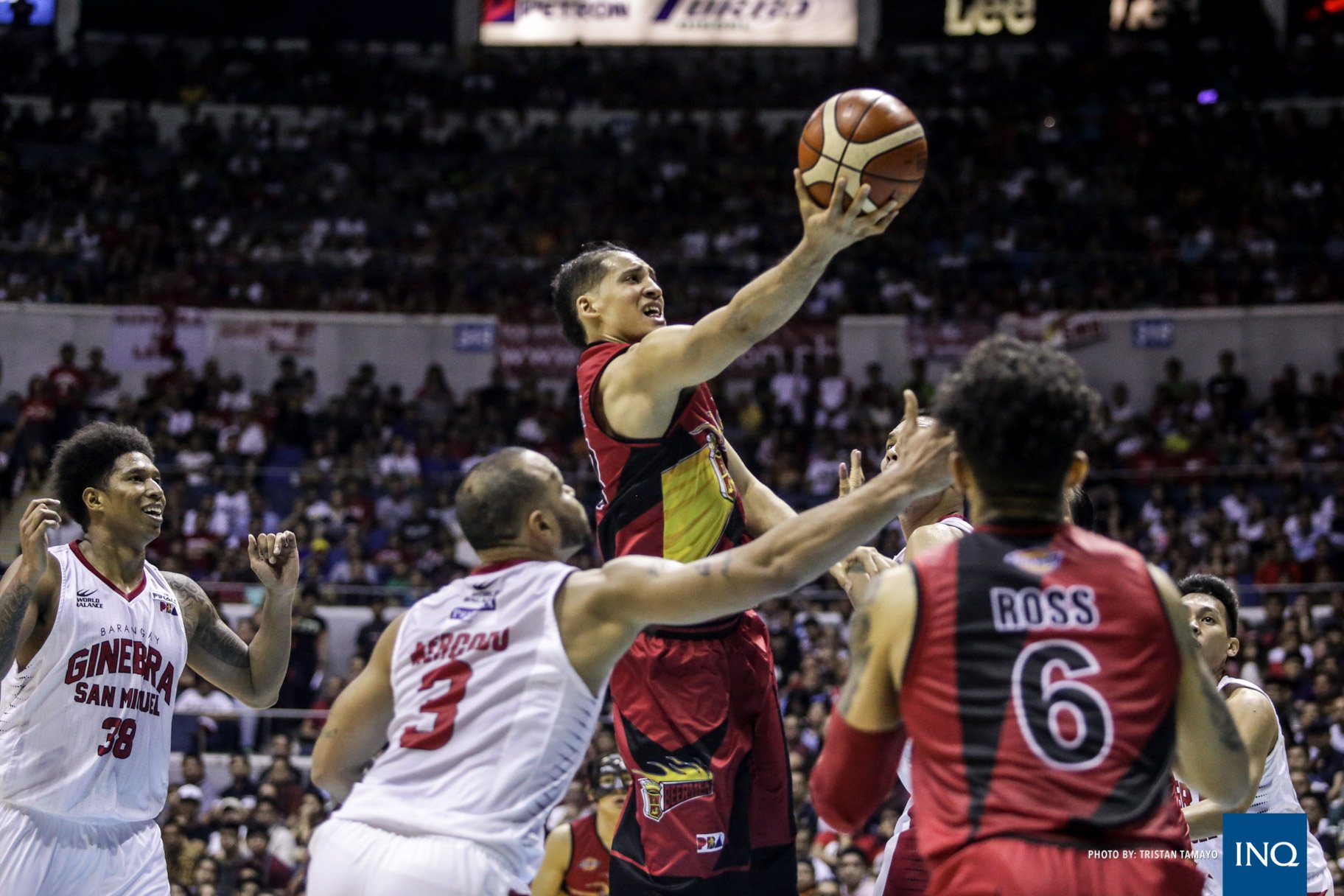 If Marcio Lassiter’s shirt could talk, it would have said that the gunslinger wanted nothing but a knockout.

But Lassiter insists that he meant nothing else with the clothes he wore on Sunday for Game 5 of the 2017 PBA Philippine Cup Finals.

“This shirt is just one of my favorites. It just gets me going. Definitely no shade,” he said.

But Lassiter, who donned a white shirt depicting Muhammad Ali’s famous 1965 photograph when he knocked out Sonny Liston, went out on the court as if he only had one thing on his mind: to close the series out.

Lassiter let his game do the talking, posting 12 points, two rebounds, two assists, and three crucial blocks to help the Beermen nab the title-clinching 91-85 win and emerge victorious in the series, 4-1.

That championship gave Lassiter the chance to finally celebrate without any restraint, gamely posing with fans while doing his now famous “Salt Bae” impression.

Lassiter got ejected for doing the gesture in Game 2, where he was whistled for a technical foul for taunting after what had been a superb third quarter shooting in Lucena.

He has held off in doing it since, until after the final buzzer when the Beermen finally secured the title defense.

“I just wanted to have fun. I mean I’m never really pouring salt on anybody, but I think it’s a cool gesture. All fun, no shade, no disrespect. We’re just here to have fun, and it’s cool to see,” he said.

Jumpstarting the economy after a pandemic

Mandaluyong hospital’s chief nurse passes away due to COVID-19