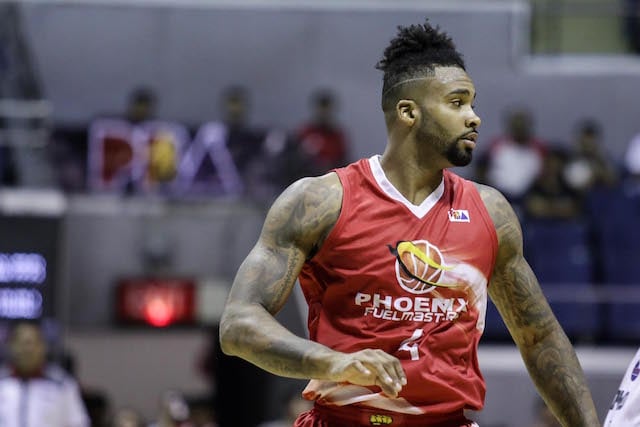 Phoenix had to let go of Phelps, who left after leading the Fuel Masters to a 118-116 double overtime win over the Blackwater Elite on Saturday to prepare himself for his stint back in Puerto Rico’s first-tier basketball league.

Phelps had 53 points, 21 rebounds and five blocks in what turned out to be his first and last game for Phoenix in the 2017 Commissioner’s Cup.

In contrast, McKay is expected to be the Fuel Masters’ defensive anchor.

The 24-year-old big man was named Big 12 Defensive Player of the Year in college as part of Iowa State, an NCAA Division 1 school.

Despite making a name for himself defensively, McKay can also get the job done on the other end of the floor, as per Vanguardia.

“He can do it all. He’s a two-way player and he will help our interior defense,” Vanguardia said.

Phoenix aims for a 2-0 start against Star, which is playing its first game this conference.

ADVERTISEMENT
Read Next
Fernandez believes Fajardo still has ‘secret weapon’ to unleash
EDITORS' PICK
Seventh judge assigned to handle De Lima case
SM continues to send relief assistance to remote towns in Batangas
Timeless Elegance in the Philippines’ Most Distinguished Home Kitchens
PH preps for China virus: Question of when, not if
Museums ‘put to sleep,’ churches closed amid volcano’s unrest
Beyond water service: Maynilad builds massive infrastructure projects to clean up Metro Manila waterways
MOST READ
Lacson on Duterte’s threat to end VFA over Bato’s canceled visa: Where is the connection?
Part of Aurora Boulevard in Cubao closed from Jan. 25 – Feb. 1
Duterte threatens to scrap VFA if US doesn’t rectify Bato’s visa cancellation
PH preps for China virus: Question of when, not if
Don't miss out on the latest news and information.