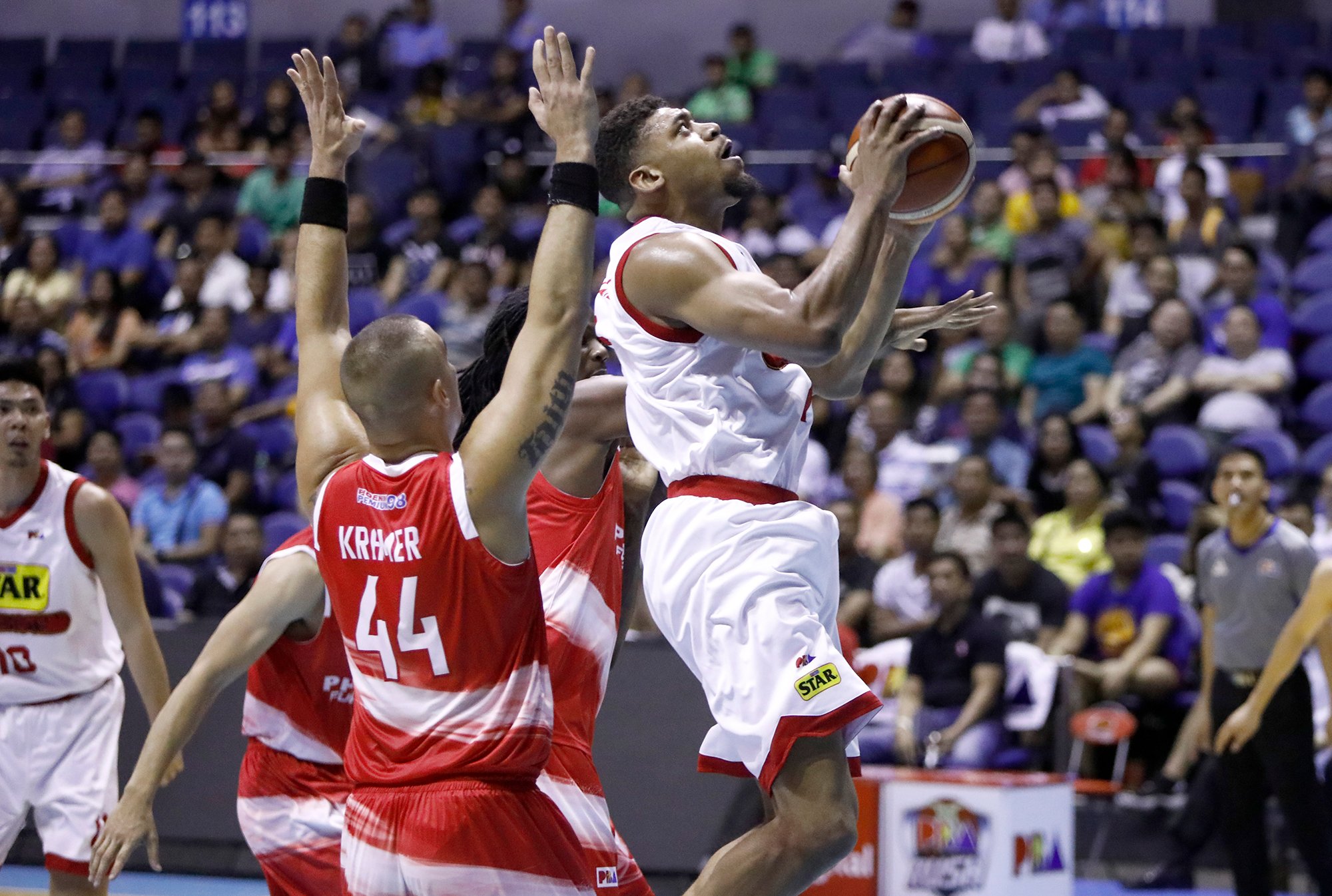 Star reasserted its mastery over Phoenix with a 101-82 win in the 2017 PBA Commissioner’s Cup Wednesday night at Smart Araneta Coliseum.

With the latest double-digit victory, the Hotshots have now beaten the Fuel Masters by an average of 28.5 points in their last four meetings including a 44-point whipping back in the Philippine Cup.

“The reminder to my players was to stay focused and be aggressive. We know Phoenix is motivated because of what happened to them last conference,” said Star head coach Chito Victolero, whose squad eliminated Phoenix in the quarterfinals last conference.

“I’m very thankful for this win because my players stepped up. Our locals stepped up especially Allein (Maliksi) and Mark Barroca,” Victolero added.

Tony Mitchell starred in his PBA debut with 24 points on 9-of-12 shooting from the field, 16 rebounds and three blocks and he also got plenty of help from Star’s locals with Mark Barroca scoring 13 of his 17 points in the second half where the Hotshots took control.

Star won convincingly despite playing minus veteran forward Marc Pingris, who is expected to miss at least one more game due to a hip injury.

The Fuel Masters kept it close in the first half but it was an entirely different story in the final two quarters as the Hotshots pushed the pace.

Phoenix import Jameel McKay also shone in his first PBA game with 34 points, 20 rebounds and four blocks. McKay, a defensive stalwart out of Iowa State, was brought in to replace the high-scoring Eugene Phelps, who had to leave to fulfill his commitments with his ball club in Puerto Rico’s first-tier basketball league.

ADVERTISEMENT
Read Next
Thoss on defending Elite import: ‘My teammates also deserve credit’
EDITORS' PICK
Sex on the menu for Pogo workers
First female commodore named
Foreigners prepare to flee as China virus toll tops 100
We Can’t Guarantee You’ll Win a P20 Billion Jackpot, But We Can Help You Try
SM continues to send relief assistance to remote towns in Batangas
Best Gift Ideas in the Philippines
MOST READ
Sex on the menu for Pogo workers
‘Normal people doing normal work’ need not wear mask – WHO official
Kobe Bryant gear pulled out of Nike online store in wake of his death
Lacson on VFA impact study: ‘Better late than never’
Don't miss out on the latest news and information.