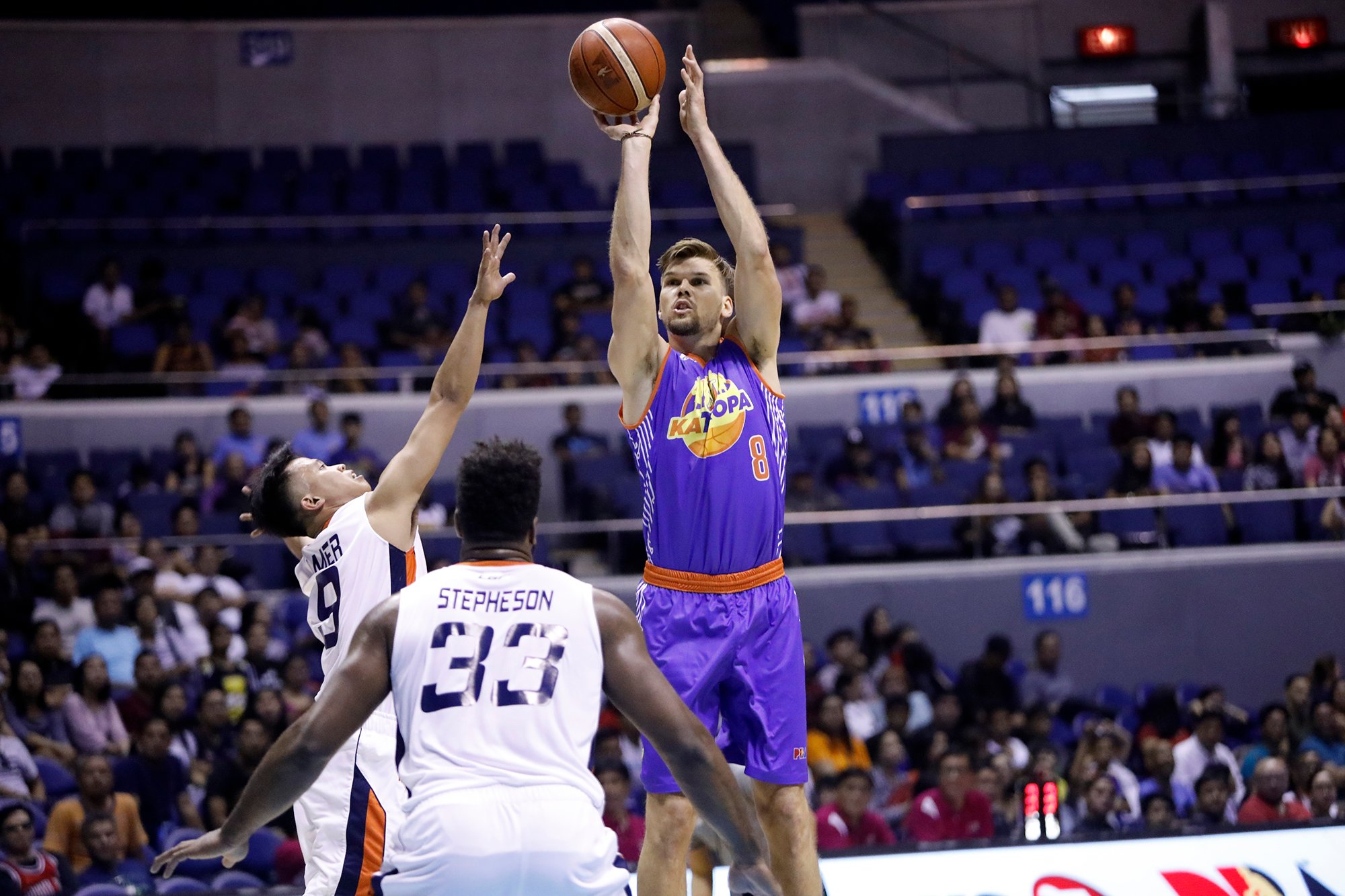 For someone who is known as an NBA journeyman, it came as a bit of shock for Lou Amundson to shift into a role of a go-to guy as he made his debut for TNT on Friday.

“It’s a bit of an adjustment to me. I’m not used on playing that role, but I just try to play hard and give the team what I can,” he said.

Amundson did what he could for the KaTropa, tallying 19 points and 18 rebounds in his debut against Meralco.

However, those stats went down the drain as the Bolts spoiled the KaTropa’s debut, 94-89.

The 10-year NBA veteran believes that once he gets acclimated to the Philippine style of basketball, he can show more of what he can do for for TNT.

“It’s a lot different than what I’m used to playing in the NBA so I think having this experience, seeing how the game goes, how it’s officiated, It will better prepare me for Sunday,” he said.

The 34-year-old Amundson is also hoping that his performance will be enough to convince the KaTropa management that he deserves to stay, especially with the entry of Donte Greene looming over his head.

“I think (I did enough). I’ll adjust to the officiating and the pace of the game here and the rhythm of the game here. I’m still trying to get my legs under me,” he said.

Meanwhile, coach Nash Racela was content with the way Amundson played on his first game, noting that he checked a lot of boxes TNT badly needed on defense. The offense, however, remained a question mark as Amundson found himself saddled in foul trouble.

“He gave us what we needed defensively, but I think especially in the second half when we were struggling offensively, we couldn’t get any points,” he said.

Racela, however, cut the reinforcement some slack knowing that with little time to blend with the squad, it was a given that chemistry will definitely be an issue.

“We only had two practices with him so I think familiarity was a factor,” the mentor said.

Amundson, though, vowed to bounce back harder and perform better for TNT’s next game against Phoenix on Sunday.

“I just got here three days ago and I’m still jet-lagged, but I’m just trying to get comfortable here and get used to playing with these guys and learn their strengths and weaknesses and figure out how best it could be done,” he said.