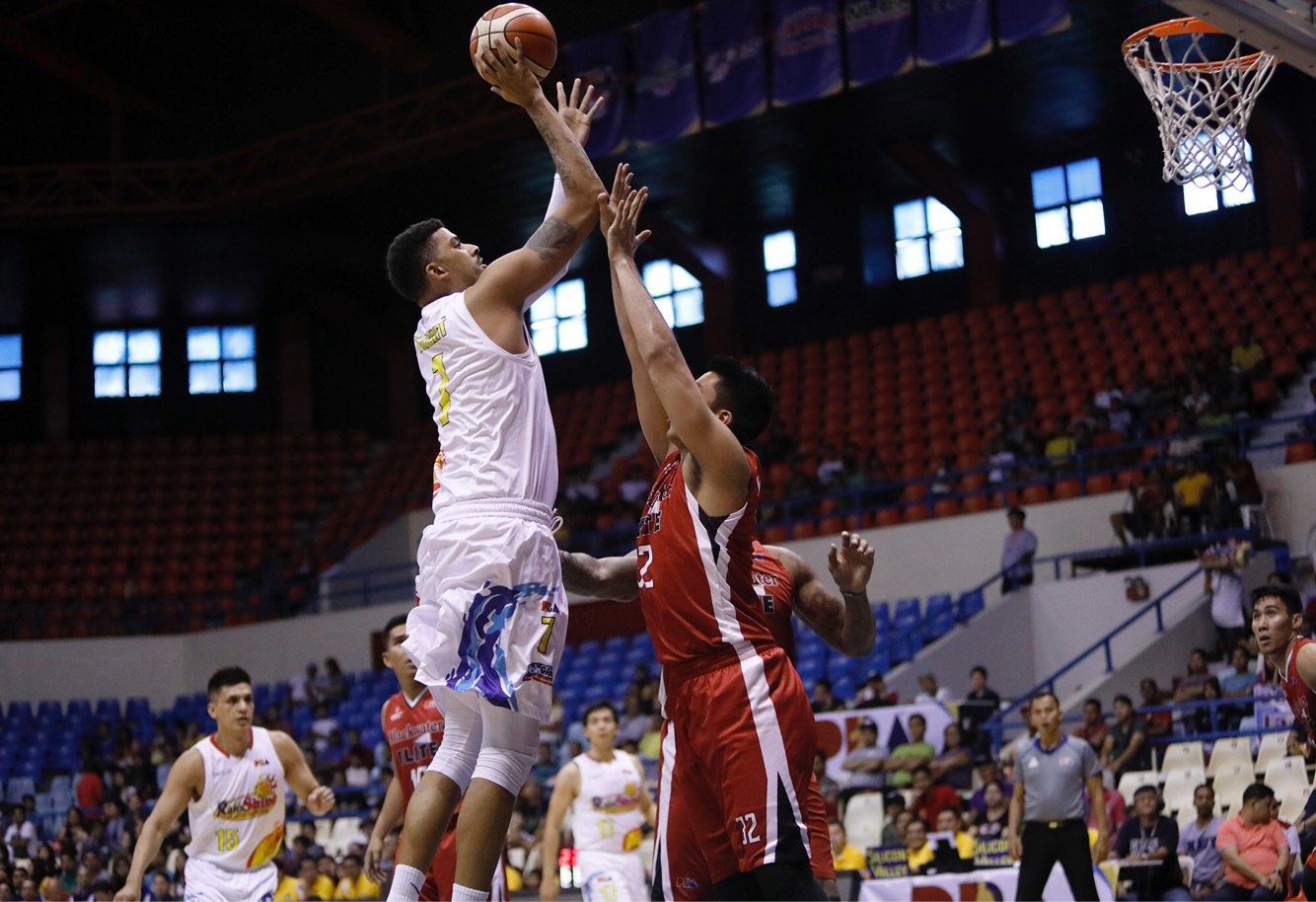 The veteran forward nailed back-to-back treys in the last 2:45 to give the Elasto Painters a 93-88 lead as the Elite struggled to execute late in the game.

Washington capped his clutch night with a huge block on Greg Smith.

Shawn Taggart topped the Elasto Painters with 26 markers and 12 boards, while Maverick Ahanmisi had 12 points, three rebounds, and two assists off the bench.

Still, ROS coach Caloy Garcia remains unsatisfied with the way Rain or Shine played as it fought from behind all game long.

“We can’t be happy with the way we’re playing. I think we can still do better especially on execution,” he said.

The Elasto Painters remained on top of the standings with a 3-0 record.

Smith led Blackwater with 34 points and 20 rebounds, but his herculean effort fell short as his side dropped its third straight game.

Reil Cervantes chipped in 12 markers, while Kyle Pascual had 10 points and six boards.