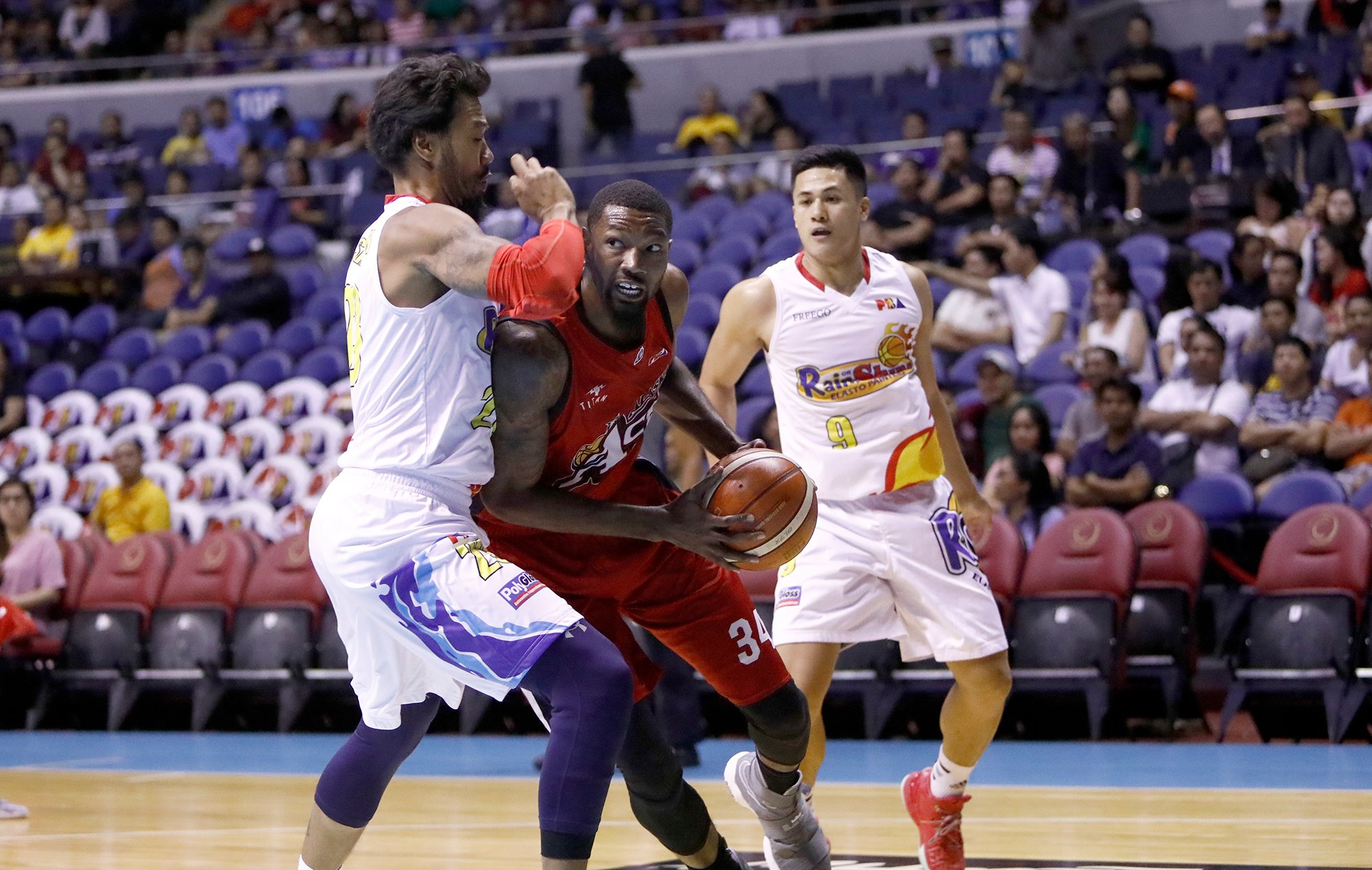 Jefferson fired 41 points and had 13 rebounds, and three assists to lead the Aces to their fourth win in as many games and grab a share of the lead with Meralco.

JVee Casio added 16 markers, four of which were the game-sealing free throws, on top of eight assists, and two boards.

“Cory hit some big shots. That’s what you’d like to see your import do. And any point guard in the world is expected to make those free throws and that’s what JVee did for us,” said Alaska head coach Alex Compton.

Sonny Thoss chipped in 15 points, five rebounds, and two assists as Alaska had redemption in a rematch of last year’s Finals in the same conference.

The Elasto Painters had a chance to score after Jefferson’s huge bucket late but Mike Tolomia, who anchored the team’s huge rally from 14 points down, lost the ball when he made a baseline drive with 23.1 ticks remaining.

Shawn Taggart still kept ROS afloat, drilling a huge three with 8.6 seconds left to cut the deficit to 103-101, before Casio iced the game with a pair of freebies.

Taggart topped Rain or Shine with 40 points and 14 rebounds, while Jericho Cruz had 11 markers, three boards, and three dimes.

Tolomia sank all of his nine points in the fourth period, but that couldn’t stop the Elasto Painters from falling to their second straight loss and fall to 3-2.