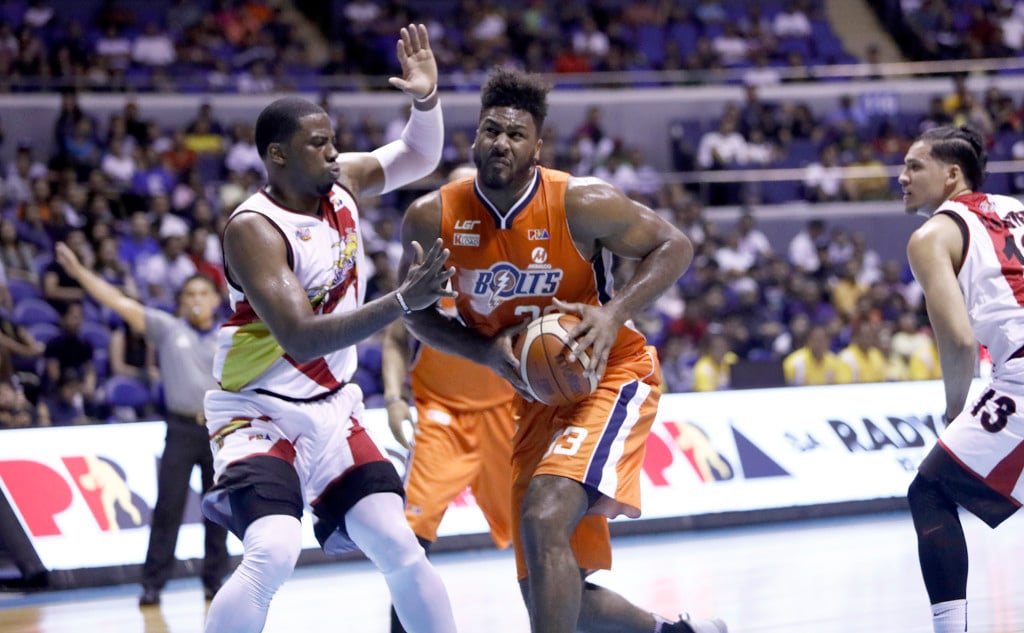 San Miguel continued to be Meralco’s bane in the second conference.

The Bolts came into Sunday’s game having won their first four games before running into a brick wall in the Beermen.

“They’re the best team in the league. They just won the all-Filipino title, so I can’t really be surprised with the way they played,” Black said. “They’re off for how long? I think the commissioner gave them a lot of time off to rest and they showed it tonight. They were very fresh.”

Meralco couldn’t sustain its hot start after grabbing a 46-31 edge in the second quarter with San Miguel making a huge push in the third quarter to level the game at 62 before breaking away in the fourth period with a 35-point assault.

Black noted that his team couldn’t adjust to the defensive schemes the Beermen employed in the second half, which also coincided with a dry spell for the Bolts.

“They went to a zone defense and we couldn’t make our shots. It kind of affected our defense also because we couldn’t stop them either,” he said.

Black, though, said that he isn’t batting an eye after this loss as the Bolts seek to bounce back on Saturday against Alaska.

“I’m just trying to win games. We lost tonight and we’ll try to beat Alaska on Saturday,” he said. “There are no guarantees that something’s going to happen in a certain way when you show up at the games. Tonight, we lost to a better team. At the same time, we still have to stay focused on our next game, and not get too down on this one. That’s the reality of it: you win some, you lose some.”

“We’re coming off of a 3-8 all-Filipino conference, and we’re 4-1 right now, so we’ll just continue to concentrate on the positives and try to win the next game.”