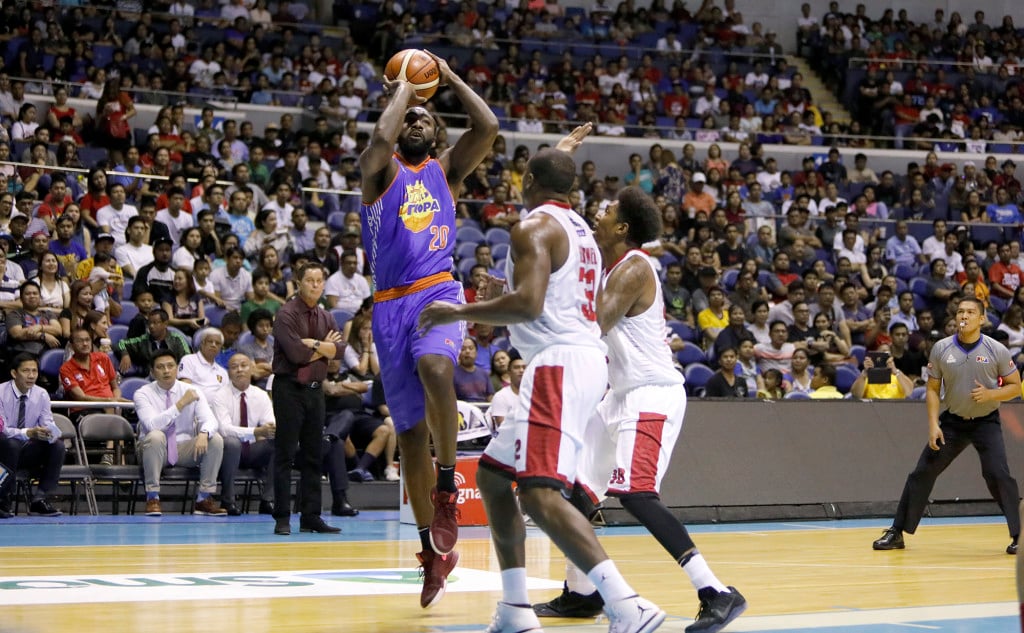 Donte Greene anticipated the rowdy crowd when TNT faced off against Ginebra on Sunday.

What he was’t prepared for, though, was the Gin Kings ganging up on him and triple-teaming him.

“They just changed their defensive schemes and started triple-teaming me. Some guys on our team didn’t make the shots they normally make. But that happens and that’s basketball. We just got to keep playing and believing we’ll be fine,” he said.

TNT was unable to sustain its first half showing and bowed to Ginebra, 107-89, and saw its five-game winning run snapped.

But rather than be down, Greene preached positivity to his fellow KaTropa, noting that their 5-2 record isn’t that bad and the challenge lies on how the squad will rebound after the All-Star break.

“That’s what I’m trying to tell my teammates: to be positive. We have four winnable games left, we get a chance to get a rest, get in the gym and work on some things,” he said as he finished the game with 28 points and 15 rebounds.

“For me, I’m still trying to find my touch. The past two games have been good to me but it needs to be not just me but the whole team. I can’t win without my teammates. They’ve been sticking by my side the whole time and I just want to see them do well and win.”

The job, however, gets harder as there’s a big possibility of Jayson Castro, Troy Rosario, and Roger Pogoy being called up for national team duty in the upcoming 2017 Seaba Championships.

For Greene, though, he believes TNT has every material to remain competitive as the 2017 PBA Commissioner’s Cup eliminations comes to a close.

“I’m prepared but it’s not just gonna be on me,” he said. “I have other guys who are going to step up. We still got two other guards in Kris (Rosales) and Matt (Ganuelas-Rosser) who are ready to step up and do a great job. I believe in them and the rest of the team. I think we’re gonna be fine.”

TNT hits the court anew on May 5 against San Miguel.