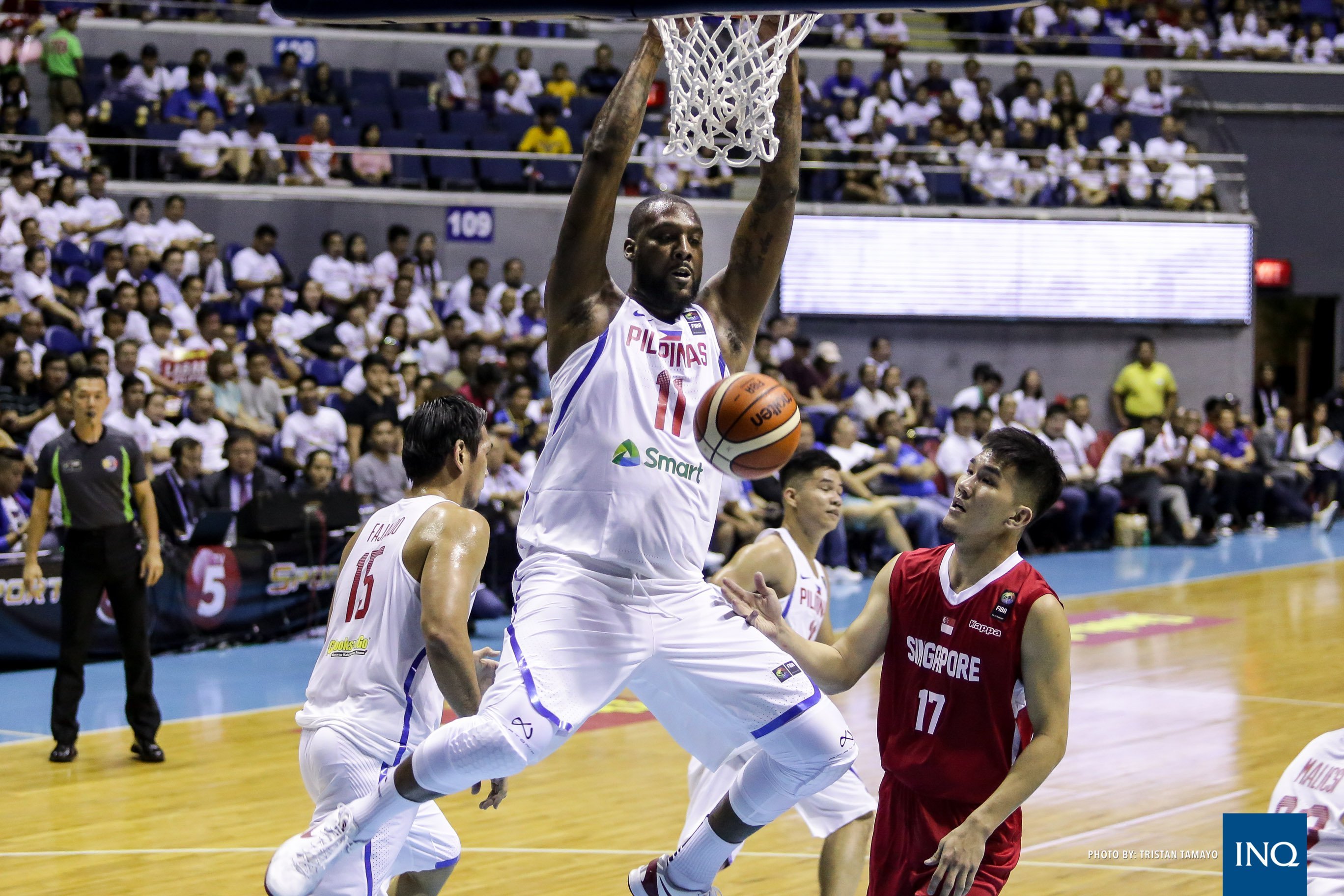 Playing a more deliberate approach this time, Gilas Pilipinas cruised to a 113-66 win over Singapore in the 2017 Seaba Championship Saturday night at Smart Araneta Coliseum.

Singapore put up a much better fight than Myanmar, a team the Philippines beat by 107 points, but just like the Burmese, the Singaporeans also didn’t have enough talent-wise to compete with the Filipinos.

Gilas kept Singapore scoreless until the 5:43 mark of the first quarter but by that time, the Filipinos were already up, 11-2 and by halftime the lead has swelled to 34, 63-29.

The Philippines’ onslaught continued in the second half where a basket by Allein Maliksi made it 51, 113-62, late in the fourth quarter.

But despite another dominant victory, national team coach Chot Reyes said that he wasn’t pleased with the way his team performed in the last two period.

“We wanted to beat our hustle numbers from last night, but we had a very poor second half, hustle-wise and effort-wise,” said Reyes, referring to the Philippines’ 147-40 win over Myanmar on Friday. “I don’t know if it was enough to beat last night’s numbers. It wasn’t a good second half.”

“We’re trying a lot of different combinations, we even tried a no-point guard line-up. Games like this afford us the opportunity, but like I said, even if we have different combinations, we still should be playing at a high level. I understand from the players’ point of view. It’s hard to get themselves ready and up all the time for these games, but we have to remain disciplined and prepare for the tougher games.”

Calvin Abueva topscored for Gilas with 16 points, five rebounds, and three assists, while Andray Blatche tallied a near double-double of 14 markers, nine rebounds on top of two steals, and two blocks without any turnover.

Maliksi continued his impressive showing, going for 14 points while Matthew Wright added 13 points on 5-of-8 shooting from the field.

June Mar Fajardo chipped in 11 points and five boards in the victory to keep the Philippines on top of the standings at 2-0.

Gilas faces winless Malaysia on Sunday before taking a break on Monday.

Larry Liew paced Singapore (0-2) with 14 points after going 4-of-7 from threes, while Wong Wei Long had 12 markers and six rebounds.