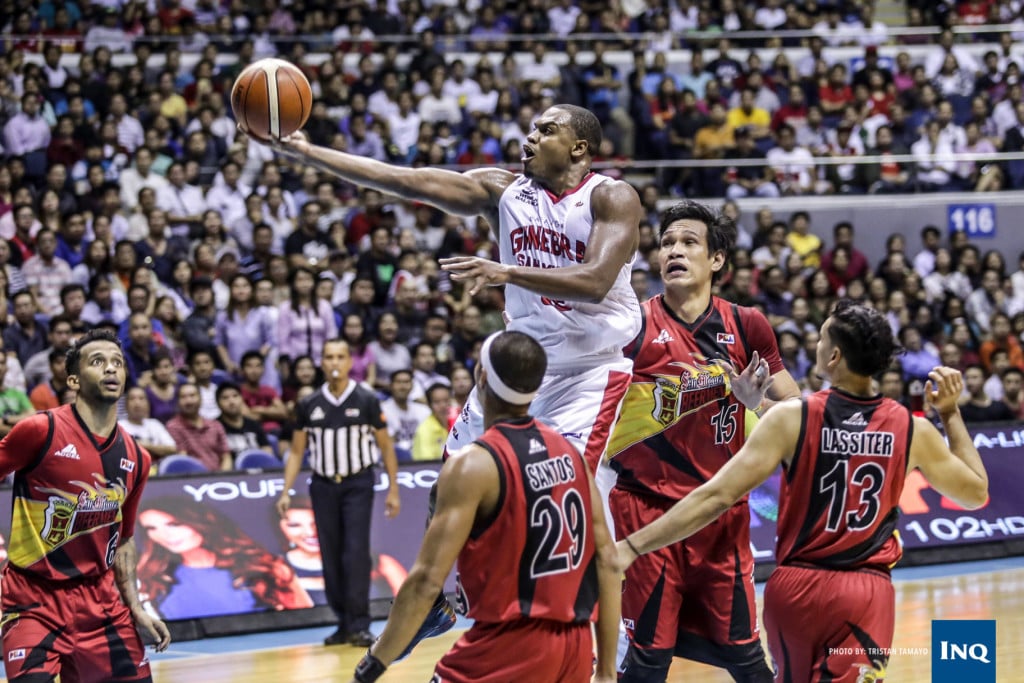 Just two nights after absorbing a debilitating loss to Rain or Shine, Barangay Ginebra faced mighty San Miguel in a game the Gin Kings were raring to bounce back.

Ginebra was up to the task as it came away with a 107-99 win and it was import Justin Brownlee, who led the way.

Brownlee had his fingerprints all over the game with 34 points, 12 rebounds, three assists, three steals and four blocks but what impressed him the most is his team’s character following a setback.

“It’s great, we showed great character to be able to bounce back after that loss,” said Brownlee, who was apologetic to his head coach Tim Cone following the heartbreaking loss to the Elasto Painters.

Brownlee also said the Kings learned a lot from their loss and they were able to apply the lessons right away against San Miguel.

The most important of all was learning how to protect leads.

Ginebra held a 93-83 lead heading into the fourth quarter of their game against the Elasto Painters but fizzled out in the final frame.

Brownlee fired eight points in the final two minutes and 32 seconds as Ginebra outplayed San Miguel down the stretched.

“I think we really did a good job maintaining composure when they made the runs,” said Brownlee. “We just stayed together, and I think it was very helpful tonight that we used our teamwork to the best of our advantage.”