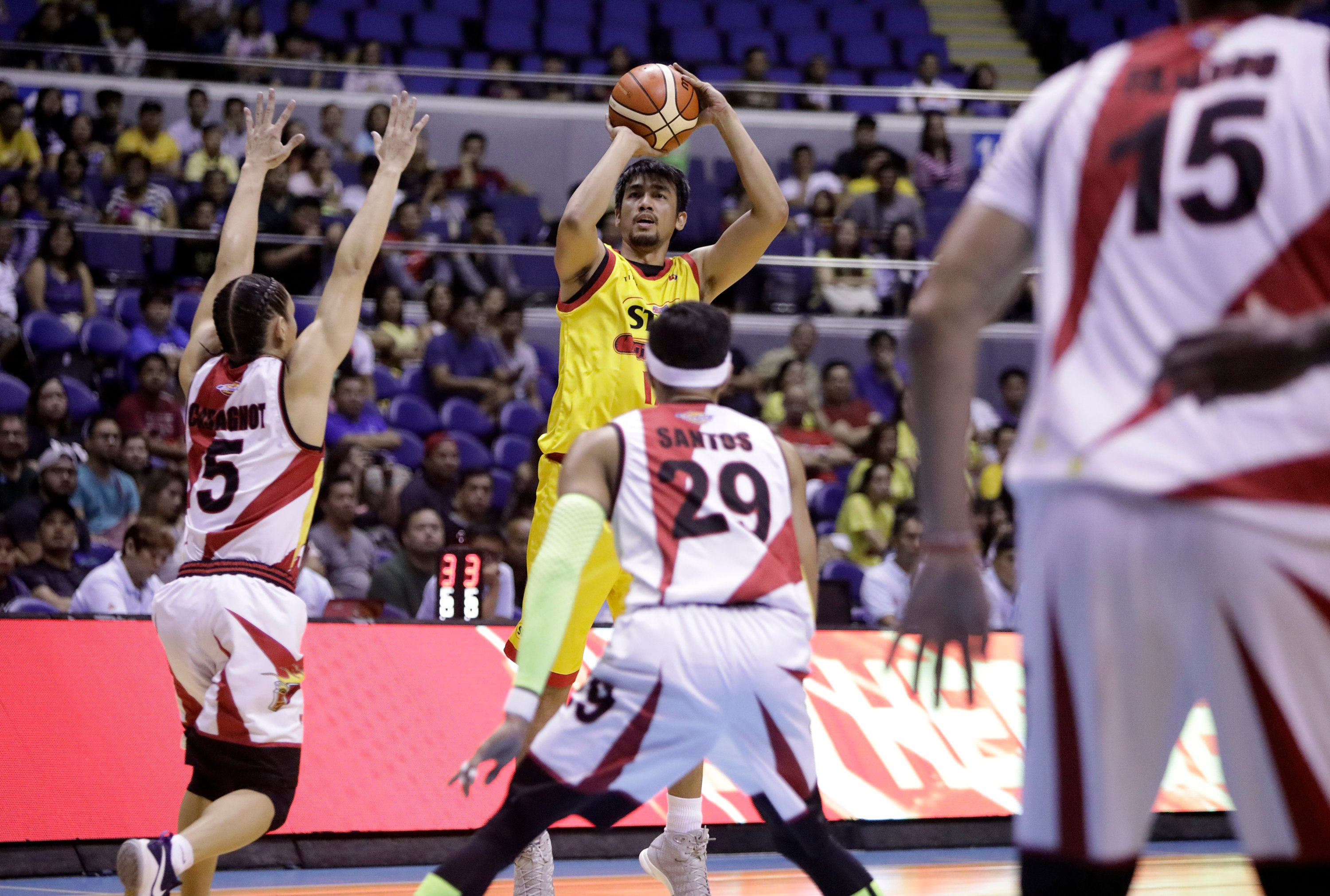 Star fended off a late rally from San Miguel for a 109-105 win to get a headstart in their best-of-five PBA Commissioner’s Cup semifinals series Saturday.

The Hotshots, who were in control for majority of the game, were enjoying a 14-point lead over three minutes to play before Marcio Lassiter and Arwind Santos sparked a 12-0 run to pull the Beermen within 104-105 with 33.5 ticks left.

But Aldrech Ramos took the fight out of the Beermen with a cold-blooded triple that snapped the blistering comeback with 12.8 seconds to play.

“It was about our heart our desire and our will to win,” said head coach Chito Victolero.

Ricardo Ratliffe and Allein Maliksi paced the Hotshots with 26 points apiece. The Star import also had 21 rebounds, three rebounds and three steals to make up for his 10 whopping turnovers while Maliksi waxed hot with 5-of-6 shooting from three.

Ramos also had a hot hand, knocking down three triples to finish with 11 points off the bench for Star, which had to go through the distance in the semifinals.

The no. 2 Beermen, meanwhile, struggled to gain any momentum the entire game as the Hotshots always seemed a step ahead.

With such short rotation of eight players, Beermen’s bench only produced 20 points, 16 coming from Arwind Santos, compared to the Hotshots’ 33. Celest Flores-Colina